This is the first successful production of natural gas from off-shore supplies of methane hydrate, a huge untapped energy resource. 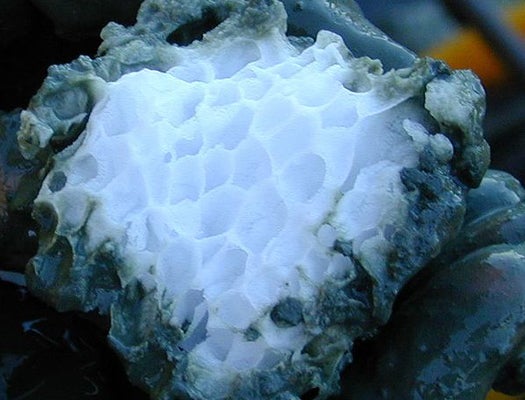 Japanese officials report they’ve produced natural gas from underwater methane hydrate, a frozen mix of water and methane known as “burning ice.” Previous experiments have successfully extracted gas from on-shore deposits, but this is the first time we’ve been able to do it with deep sea reserves.

Methane hydrates are made of gas molecules of methane that are trapped in a lattice of water ice. When the ice melts, because of change in temperature or pressure, the gas is released and can ignite to create that fiery ice effect. 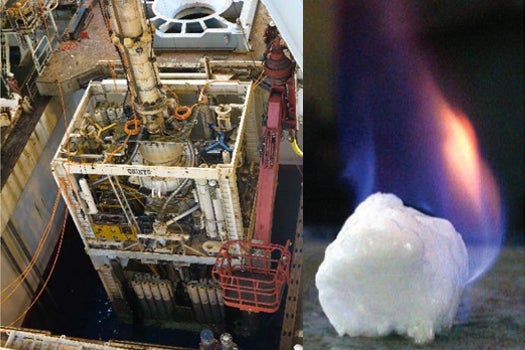 The U.S., South Korea and China have also been working to harness the substance as fuel for years. It’s one of the world’s greatest untapped energy resources, found within the permafrost near the Earth’s poles and under much of the sea floor.

Finding alternative fuel sources is especially vital for Japan, a country has to import huge amounts of energy, especially after the Fukushima disaster curtailed the Japanese nuclear program.

A team of Japanese drillers started extracting gas from methane hydrate deposits about 1,000 feet below the seabed off the central coast of Japan on Tuesday, according to The New York Times. They separated the ice and the methane by lowering the pressure in the reserve.

(If you can read Japanese, you can see the Ministry of Economy, Trade and Industry’s statement here.)

Trial extraction will continue for about two weeks to determine how much gas can be produced. The drilling technology will hopefully be commercially available in five years.