Google worked with the town's mayor to show the world a place that hasn't been able to recover from the March 2011 earthquake, tsunami and nuclear disaster. 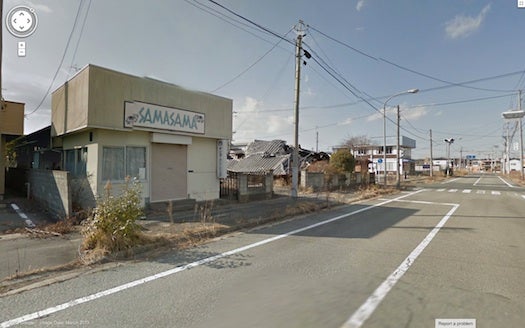 The 21,000 residents of Namie-machi, Japan, haven’t been able to return to their hometown since March 2011. The radiation there from the Fukushima Daiichi nuclear disaster is still too high. But now they, and the rest of the world, can take a virtual tour through the town’s streets.

Google Maps, working with Namie-machi mayor Tamotsu Baba, drove Google Street View cars through the abandoned town this month. In a blog post, Baba explained why: “Many of the displaced townspeople have asked to see the current state of their city, and there are surely many people around the world who want a better sense of how the nuclear incident affected surrounding communities.”

The post is well worth a read. You can start exploring the photos here. Google also hosts a website where Fukushima Prefecture residents can share their old photos and videos and outsiders may see before and after Street View imagery of affected places.