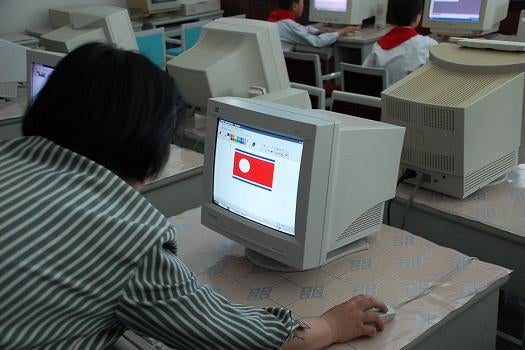 Earlier today, computer systems at five major South Korean banks and TV networks crashed simultaneously. Experts immediately suspected that it was a cyber attack from North Korea, which has a famously tense relationship with its southern neighbor. The banks and TV networks feared that information might be lost or stolen, but so far the most significant problem has been sustained disruption. As of this writing, some computer systems were still down, seven hours after the attack.

North Korea has built an international reputation on military posturing. In February, the country launched an atomic weapon test, and last week Kim Jong-Un declared the 1953 Armistice between the two Koreas invalid. This cyber attack–if it was indeed North Korean–is best seen as further chest-thumping.

Targeting banks and television networks is about visibility, not aggression. Presumably, North Korea wants to demonstrate that it has cyber-attack capabilities. What better way to do that than to attack a soft but visible target? A serious hostile attack would’ve targeted power plants or military computers.

This morning’s attack is disruptive and not great for the banks or TV networks, but in the grander scheme of things, it’s pretty tame. Keep in mind when politicians and cable news try and spin the attack as “cyber war” that no one died. As we’ve said before, cyber is far less deadly than it’s been made out to be.