When NASA technicians saw the navigation system on the Morpheus lander prototype shut off less than a second after liftoff,... 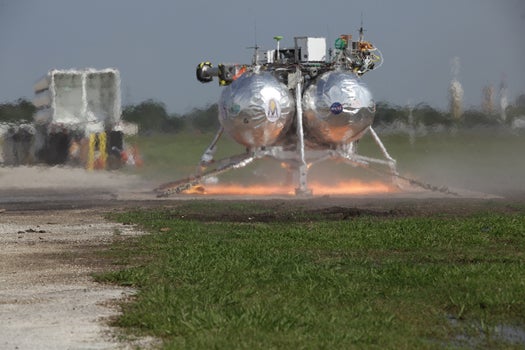 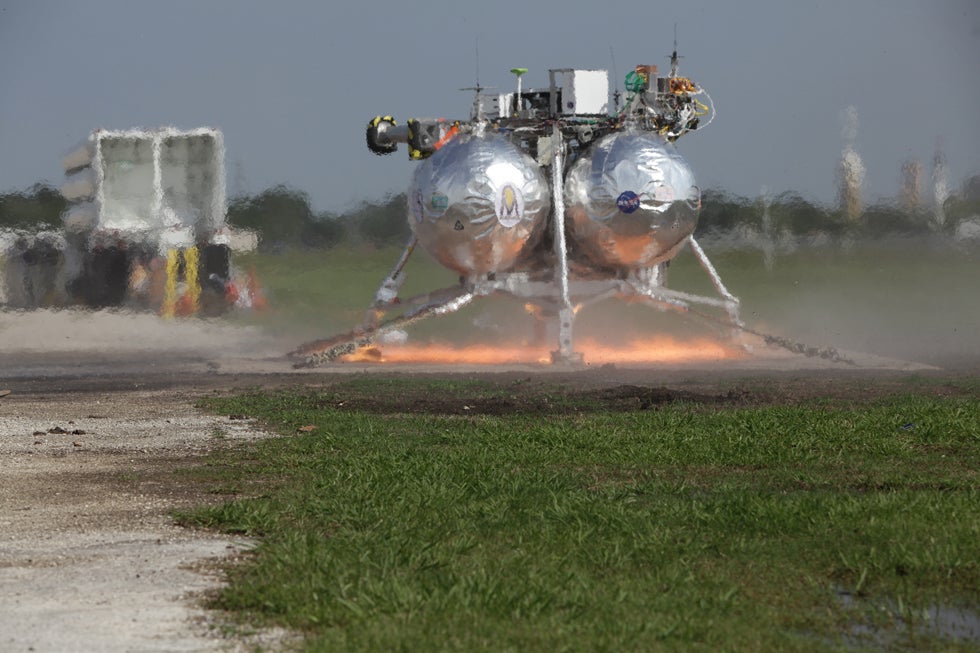 When NASA technicians saw the navigation system on the Morpheus lander prototype shut off less than a second after liftoff, they knew the craft was doomed. It was August, at Kennedy Space Center in Florida, and the 27th test flight; the previous 26 had gone well. But this time, the 3,400-pound vehicle flew 16 feet high and, without spatial data to guide it, fell to the ground, where it burst into a 50-foot fireball.

The goal of Project Morpheus is to help develop a space vehicle that can land autonomously, and exploding prototypes are part of the process, says Jon Olansen, the project manager. “You just build another one and continue on,” he says. “What we’ve learned hasn’t been lost.” An investigation finished in October concluded that vibration probably caused the crash by breaking a connection between the craft’s navigation instruments and the CPU or other hardware. For the next prototype, engineers will tweak both the launchpad and the vehicle’s internal design to protect against shaking. Reusing the old engine, the team is now building a new Morpheus, which it plans to test this spring. 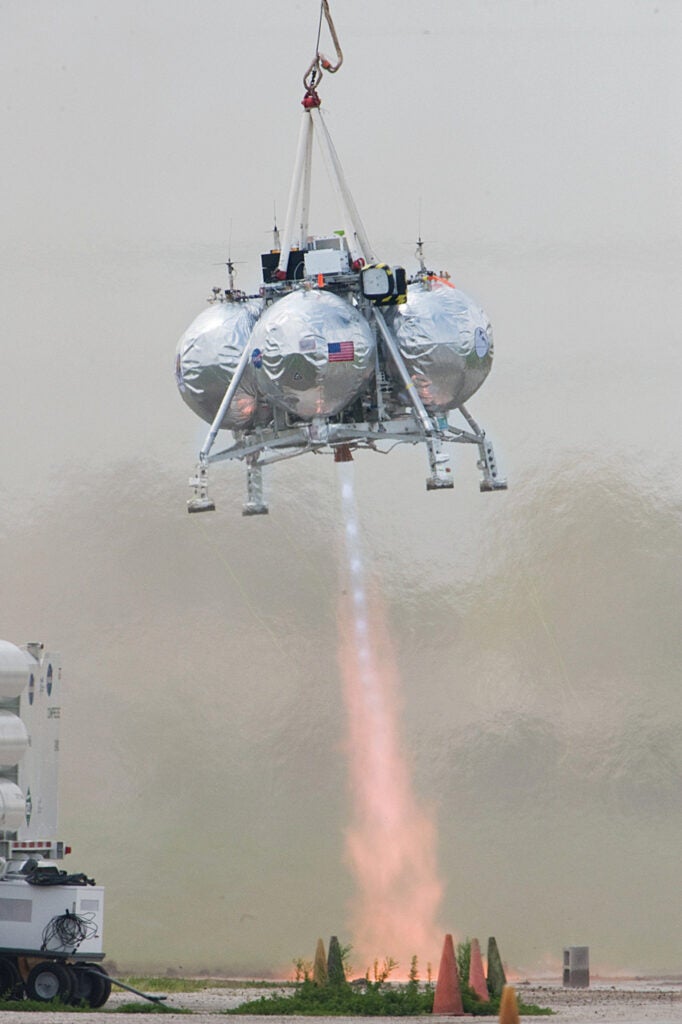 CRASH VIDEO: The launch and crash begin at 5:50.