An artificial intelligence scans spiders' webs to determine which species are in the area. 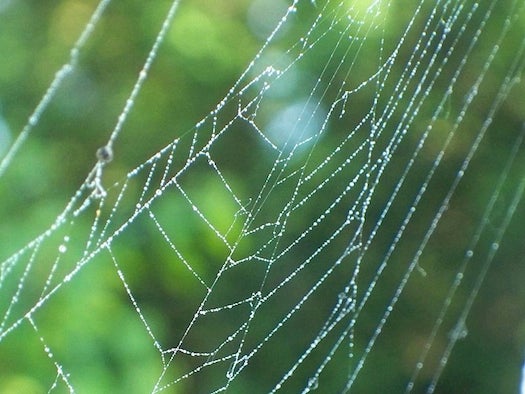 Spiders’ webs are unique from species to species, so something like this giant cave spider and this decoy-building spider can be told apart by their webs, despite being equally terrifying. But why rely on the human eye to determine a species when you’re scouring an area for spiders that live there? Just have an artificial intelligence do it for you.

New Scientist reports that researchers from the University of Las Palmas de Gran Canaria in Spain pored over photos of webs and eventually developed a pattern-recognition system that can determine a spider’s species by starting from the complex center of an abandoned web, then correlating it with the rest of the web. They’ve gotten to 99.6 percent accuracy with the technique, and are looking into expanding the technology to other animals and insects, although it’s not clear which ones yet.

Well, if technology is going to replace a job, “Spiderweb Counter” probably won’t be missed too much.