But not without taking some criticism. 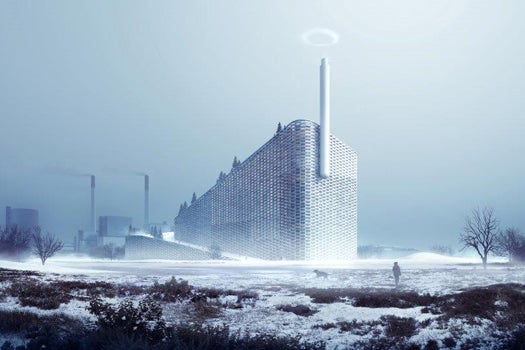 Denmark starchitect Bjarke Ingels has always designed eye-popping structures, but his plan for a combination ski slope/garbage burner/energy plant sounded especially zany when it was announced in early 2011. Pitched as a sustainable building, it faced some early push-back from the city of Copenhagen because it might damage the environment (ironic!) and for a while it looked like the project might get scrapped entirely.

But, nope. The Bjarke Ingels Group (BIG) just announced that they’ve broken ground on the building. 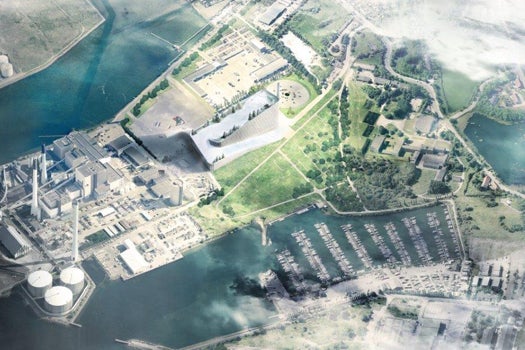 The slope/burner/plant, a replacement for the aging Amagerforbraending plant nearby, sounds pretty straight-forward: it incinerates garbage for heat and energy. Bonus, the roof’s built at an angle to bring downhill skiing to the flat land of Copenhagen. The city pointed out that the project could raise emissions by as much as 200,000 tons of CO2 yearly, but Ingels said the plant would be an environmentally friendly solution in the long term.

That figure sounded especially bad when the design was pitched under Ingels’s mantra of “hedonistic” sustainability, but it looks like BIG won the battle and the plant is getting built. It was originally slated to have Danes (and tourists, likely) hitting the slopes by 2016, but it’s not clear if that’s still the expected completion date. Still, fresh powder ahoy. 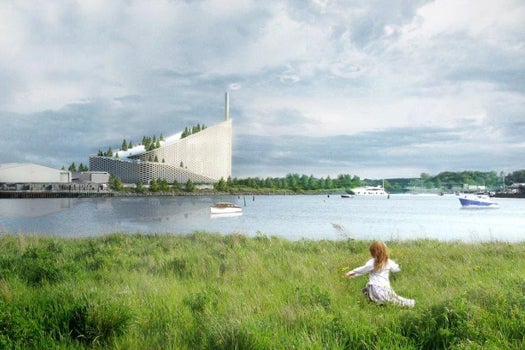