Juice your Kindle during a day in the park. 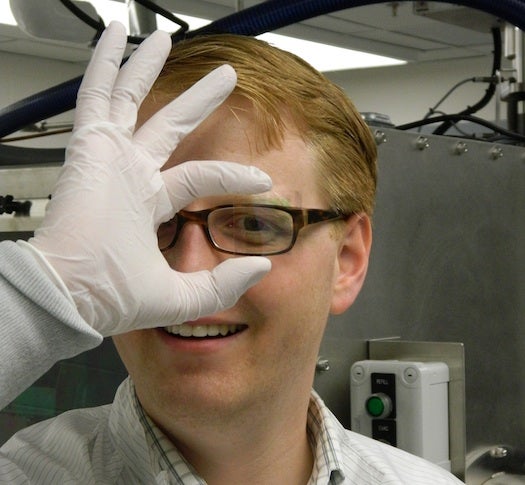 Could this be a window to eeeenfinite power? Maybe not quite, but it could be a cool way to extend the lifetime of your smartphone, tablet or e-reader.

A startup called Ubiquitous Energy has been showing prototypes of a translucent film that charges devices with solar energy. The idea is that in the future, the film could be built into device screens, passively juicing your Kindle anytime you read by a sunny window or in the park. It could even keep devices charged during trips to countries for which you don’t have the right plugs.

It’s not clear if the film, called ClearView Power, works quite that well just yet. It isn’t a commercial product yet; Ubiquitous Energy has been showing it at tech shows such as the ARPA-E Energy Innovation Summit and the MIT Energy Conference. 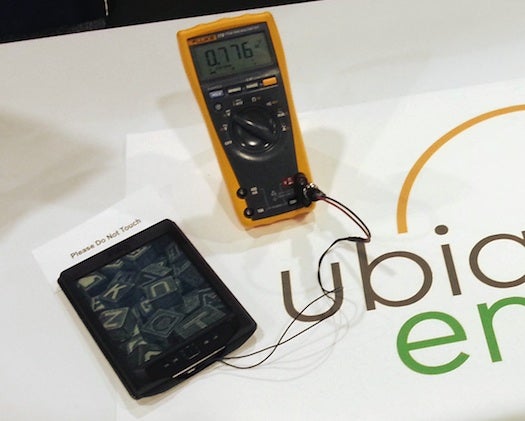 The Boston-based startup, which is also developing films to harvest solar energy from windows, still needs to improve the transparency and efficiency of its translucent solar films, MIT Technology Review reported last month. The current ClearView Power devices “have a very light tint, barely noticeable on E Ink readers like the Kindle, although it’ll take a bit more tinkering if Apple wants to get it into their Retina Displays,” according to Fraunhofer, a European research institute that’s supporting ClearView Power through its TechBridge program.

The film uses near-infrared light instead of visible light to generate electricity, which is key to its translucence. After all, if it used visible light, it would absorb visible light and people wouldn’t be able to see through it. It works even in the shade, Fraunhofer reported, but it’s much better outdoors than indoors.