How does an economically isolated pariah state make money? The black market, apparently. 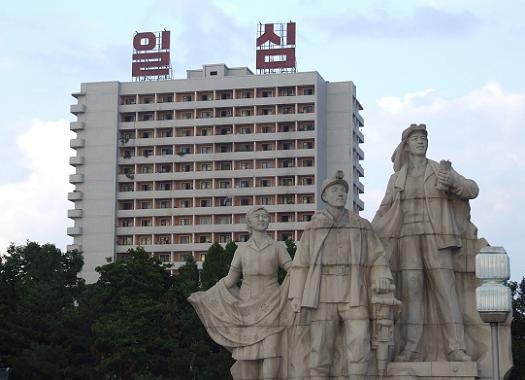 North Korea is a bizarre country. Ruled by a 26-year-old dictator, technically still at war with its southern neighbor, and responsible in a weird ’90s throwback way for the renewed relevance of Dennis Rodman, this hermit kingdom was never going to be normal. Taking that level of strange as a given, somehow the latest news out of Pyongyang still manages to surprise. To fund the broke and economically isolated state, North Korea reportedly ordered its diplomats to sell drugs.

According to a report from South Korean newspaper the Chosun Ilbo, North Korea sent North Korean diplomats abroad, to Eastern Europe, with about 44 pounds of drugs each. The goal: sell the drugs quickly for cash.

North Korea is a heavily sanctioned country, with an internal economy that is at best bleak, at worst nightmarish. Official channels and normal revenue streams aren’t enough to keep the dictator and his inner circle in yachts and plied with brandy. Most reputable businesses are only willing to deal with North Korea in hard cash, a challenging prospect for a country that has so few sources of revenue it can barely afford to feed its own people. One way around this is [Western tourism.

Another way is to find an entire segment of the economy accustomed to trading in cash (and not asking a lot of questions). In this respect, the drug trade and North Korea go together like a needle in a vein. North Korea has produced opium in the past, but as tastes and markets changed, North Korea has shifted its strategy: it is now reportedly a major methamphetamine producer.

But how to get the product to customers? North Korea’s southern border is vigilantly monitored and carefully kept human-free–so much so that it has turned into a surprise wildlife haven. To the north are China and Russia, where Pyongyang has long smuggled illicit wares. Beyond that, it’s pretty tough for an isolated country to move product. Diplomats and embassies, it turns out, are the perfect cover for a nation hard up for cash, already producing drugs, and low on scruples. For a nation built around Juche, the principle of self-reliance, imitating criminal networks might as well be second nature.