A Subterranean Performance Inaugurates The Largest Earth Telescope Ever

The Atacama Large Millimeter/submillimeter Array is officially introduced today in Chile, and PopSci is high in the Andes with the details. 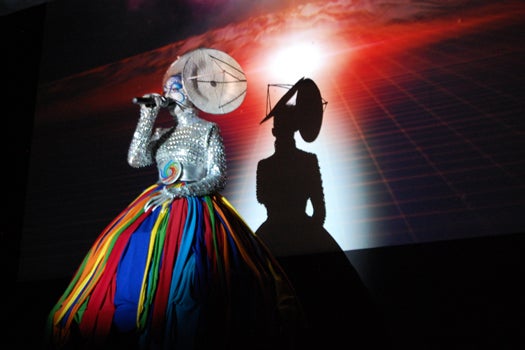 SANTIAGO, Chile — Wearing a rainbow skirt, silver face paint and a pair of metallic radio dishes on her head, Constanza Biagini was an exhibit unto herself. She stood in a dim back room of a crowded Chilean subway station, a living interpretation of the country’s newest point of astronomical pride. And then she started singing.

Her performance served as a formal introduction to ALMA, the Atacama Large Millimeter/sub-millimeter Array, the largest telescope ever built on Earth. The most powerful observatory in short-wavelength radio astronomy, ALMA is a feat of engineering that will unveil cosmic histories, like the birth of stars and planets, that have until now been invisible to us. It’s also an enormous source of pride in Chile, where people like to say they have the best skies for astronomy.

Morning commuters passing through Estacion Baquedano heard a soaring, operatic vocal performance that trilled like radio waves, or at least otherworldly sounds that you might associate with radio astronomy. Remember the opera scene in the movie “The Fifth Element?” That’s what this was. Biagini, 26, said she tried to emulate the sounds of a theremin.

ALMA is an array of 66 radio dishes situated in the Atacama Desert, the driest place on Earth, which provides spectacular views for both human eyes and finely tuned radio receivers. Though it is hosted by Chile, it is very much an international collaboration–the U.S. and Europe donated 25 dishes each, and the remaining 16 were built by Japan. It is formally inaugurated today, and I am here with dignitaries from all over the globe who are celebrating ALMA’s potential to transform astronomy. Stay tuned for much more. 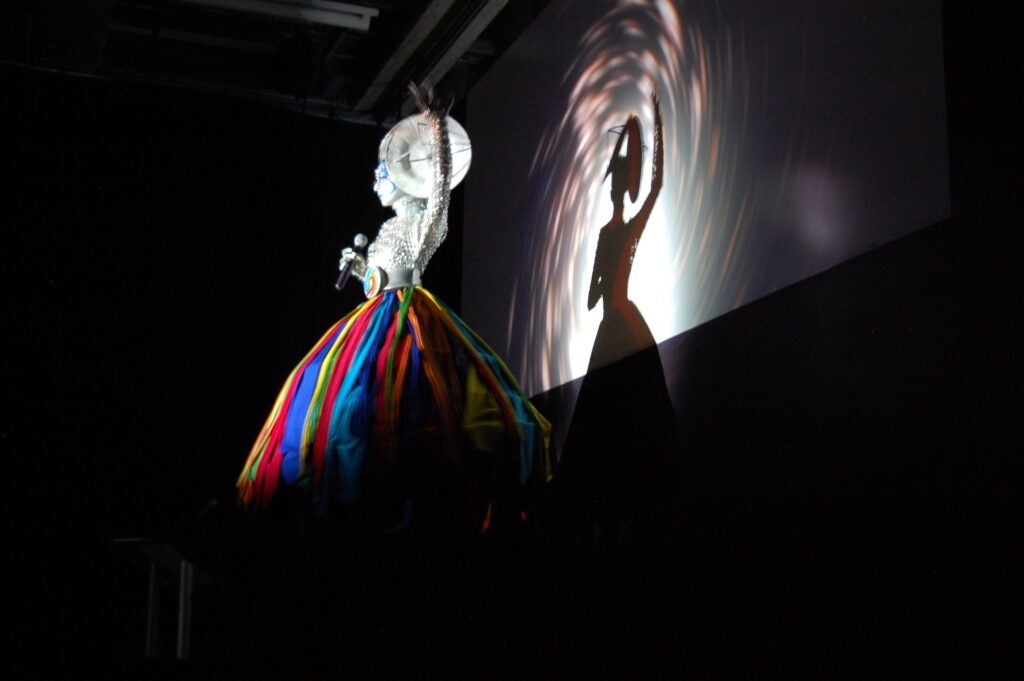