Apple Buys An Indoor Mapping Company, Having Finished With The Outdoors

Indoor mapping is the future, and this sounds cool. 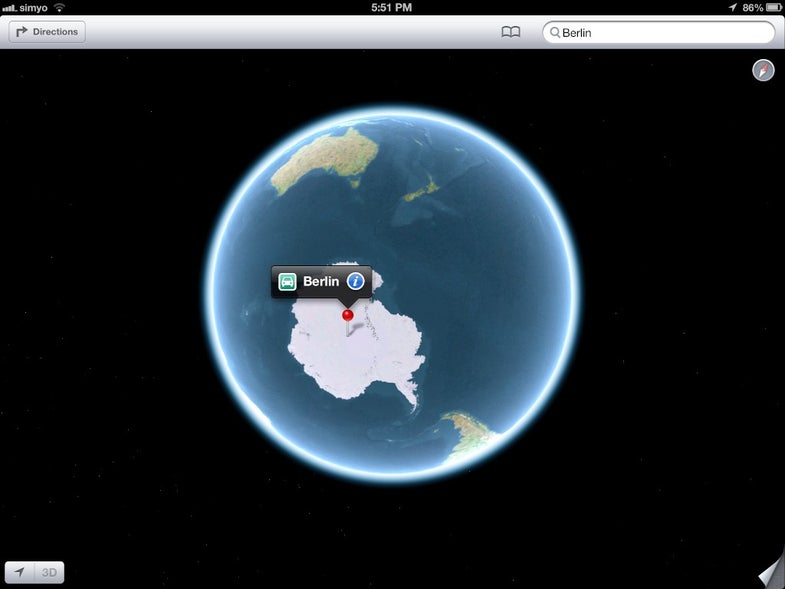 Having done a bang-up job with its own regular mapping app (oh wait), Apple has, according to the New York Times, acquired an indoor mapping company. Indoor maps are promising, but still young technology; we’ve been predicting their rise for quite a while now.

The idea is that large, complicated indoor areas, like malls, airports, casinos, and public transit hubs, would be mapped the same way that cities are. It’s a lot trickier than outdoor mapping; your location needs to be much more precise, along with which direction you’re facing, because the hallways and rooms are smaller and more intricate per square foot than large cities. If your phone is off by half a block in a city, that’s okay; you can still figure out where you are. If you’re wandering through a casino and your phone is off by that much? You might as well not be using it.

Not only is it hard to get the kind of detail you need for indoor mapping with existing tools, but when you’re indoors, you often have to deal with a new problem: walls blocking your GPS signal.

The company just acquired by Apple is called WiFiSlam–less a mapping company than a location company, dedicated to overcoming those difficulties. The company claims they have “2.5m accuracy using only ambient WiFi signals that are already present in buildings.” It’s unclear how exactly they can use ambient Wi-Fi signals, but Apple must have faith in their abilities, given that the larger company just paid $20 million for them.