A new medal for drone pilots raises questions about heroism and how combat is experienced. 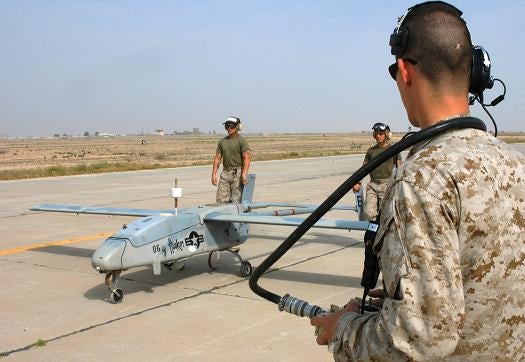 Yesterday the Pentagon announced the first new combat related medal that can be won without being physically present in a battlefield. The Distinguished Warfare Medal “will be awarded to individuals for ‘extraordinary achievement’ related to a military operation that occurred after Sept. 11, 2001.” It is expected that these will primarily be awarded to drone pilots (though the possibility of an extraordinary achievement in cyber war exists).

Reaction to the medal has understandably focused on how the potential recipients can “earn the fourth highest combat medal from the comfort of their desk chair,” to quote one commentator, but there is something missing from that perspective. Though physically removed, drone pilots are not as separate from combat as we commonly think.

Last July, reporter Elisabeth Bumiller took a closer look at the human side of unmanned operations. She writes:

Although pilots speak glowingly of the good days, when they can look at a video feed and warn a ground patrol in Afghanistan about an ambush ahead, the Air Force is also moving chaplains and medics just outside drone operation centers to help pilots deal with the bad days — images of a child killed in error or a close-up of a Marine shot in a raid gone wrong.

If drone warfare were as easy on the pilots as quips about leather-chair warriors imply, the pilots wouldn’t have much need for immediate mental health support. Evidence suggest otherwise. An Associated Press story from 2008 observes that a unit of Air National guardsmen piloting drones from Southern California “are suffering some of the same psychological stresses as their comrades on the battlefield.” Given that remotely piloting drones in war is likely to remain a part of how the United States fights wars for decades to come, it’s important to pay attention to the mental health problems that come with the territory.

And if we’re acknowledging that drone pilots can experience trauma from 7,000 miles away, shouldn’t we make some room for heroism, too?