They hope to create 3-D tissues and organs using stem cells as the "ink." 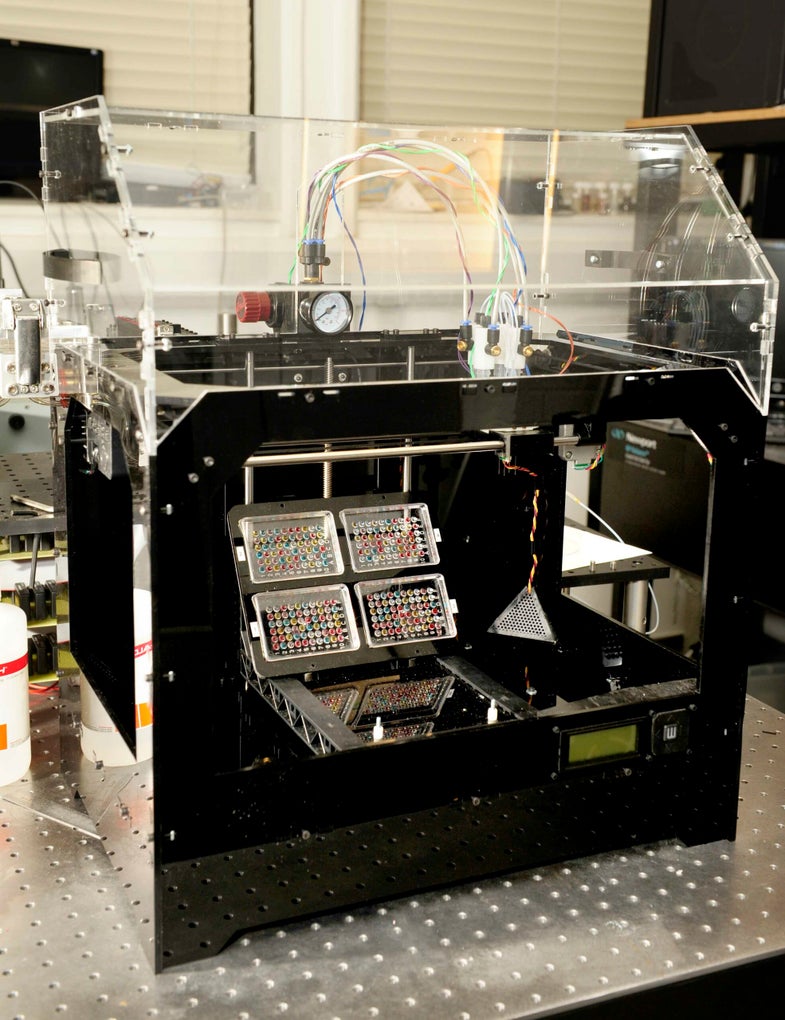 3-D printers can produce gun parts, aircraft wings, food and a lot more, but this new 3-D printed product may be the craziest thing yet: human embryonic stem cells.

Using stem cells as the “ink” in a 3-D printer, researchers in Scotland hope to eventually build 3-D printed organs and tissues. A team at Heriot-Watt University used a specially designed valve-based technique to deposit whole, live cells onto a surface in a specific pattern.

The cells were floating in a “bio-ink,” to use the terminology of the researchers who developed this technique. They were able to squeeze out tiny droplets, containing five cells or fewer per droplet, in a variety of shapes and sizes. To produce clumps of cells, the team printed out cells first and then overlaid those with cell-free bio-ink, resulting in larger droplets or spheroids of cells. The cells would group together inside these spheroids. Spheroid size is key, because stem cells need certain conditions to work properly. This is why very precisely controlled 3-D printing could be so valuable for stem cell research.

After being squeezed out of a thin valve, the cells were still alive and viable, and able to transform into any other cell in the body, the researchers say. It’s the first time anyone has printed human embyronic stem cells, said lead researcher Will Wenmiao Shu, a professor at Heriot-Watt. But … why?

Eventually, they could be used to print out new tissues, or as filler inside existing organs, which would be regenerated. It could even serve to limit animal testing for new drug compounds, allowing them to be tested on actual human tissue, said Jason King, business development manager at Roslin Cellab, one of the research partners. “In the longer term, [it could] provide organs for transplant on demand, without the need for donation and without the problems of immune suppression and potential organ rejection,” he said in a statement.

The team took stem cells from an embryonic kidney and from a well-studied embryonic cell line, and grew them in culture. They had to build a custom reservoir–let’s call it an inkwell–to safely house the delicate cells, and then they added some large-diameter nozzles. A pressurized air supply pumps the cells from the inkwell into the valves, which contain pressurized nozzles on the end. The team could control the amount of cells dispensed by changing any of the factors, including the pneumatic pressure, nozzle diameter or length of time the nozzle stayed open. 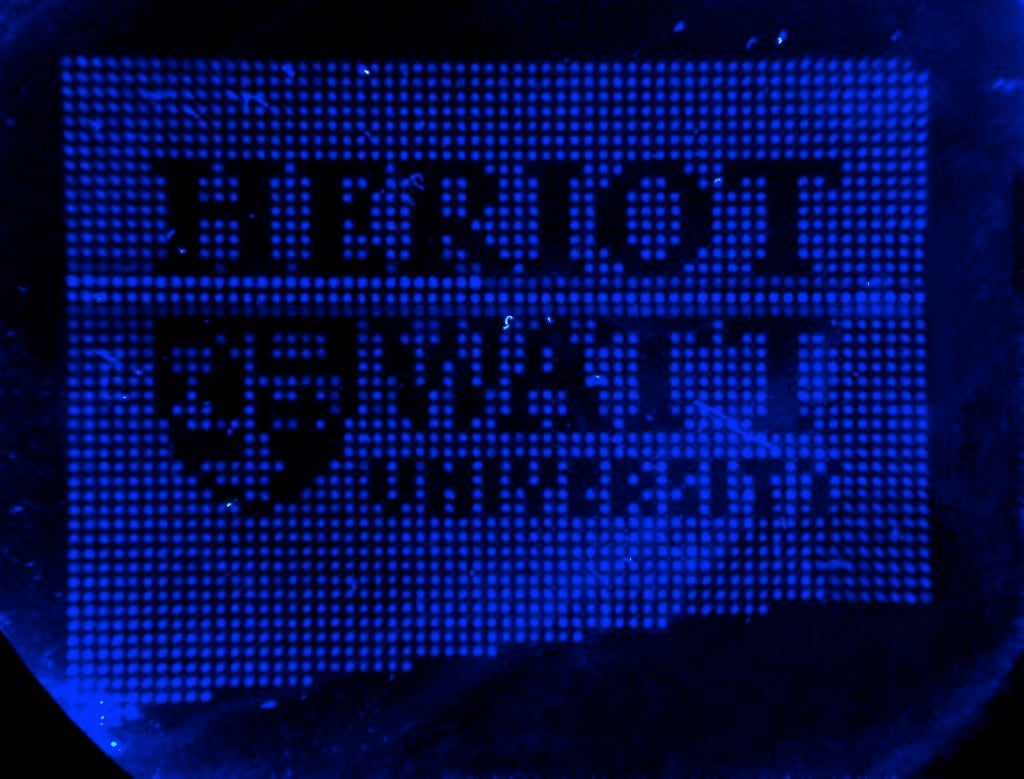 The logo of Heriot-Watt University shows how stem cells can be printed with great precision.

At first the researchers printed droplets, but ultimately, they were so precise that they made cell spheroids in a variety of shapes and sizes, like the university logo above. One interesting wrinkle: The cells also formed spheroids in the inkwells. More work needs to be done to explain that.

The researchers also took several steps to make sure the cells survived the printing process. Examining the results of several experiments, they found 99 percent of the cells were still viable after running through the valve-based printer. “This confirms that this printing process did not appear to damage the cells or affect the viability of the vast majority of dispensed cells,” they write in their paper, which is being published in the IOP regenerative medicine journal Biofabrication.

Stem cells are powerful because they can develop into any cell in the body. Embryonic stem cells, which are taken from human embryos in the earliest stages of development, can be developed into stem cell lines that can be grown indefinitely. This is kind of controversial, especially in this country. But medical researchers think they could be hugely promising for a whole host of human ailments–stem cells could differentiate into neurons, potentially replacing the ones lost in degenerative diseases like Alzheimer’s; or they could differentiate into pancreatic cells, curing diabetes; and so on.

Using a 3-D printer to produce gun parts has been pretty controversial, especially during the ongoing post-Connecticut-shooting gun debate. But that may be nothing compared to this. 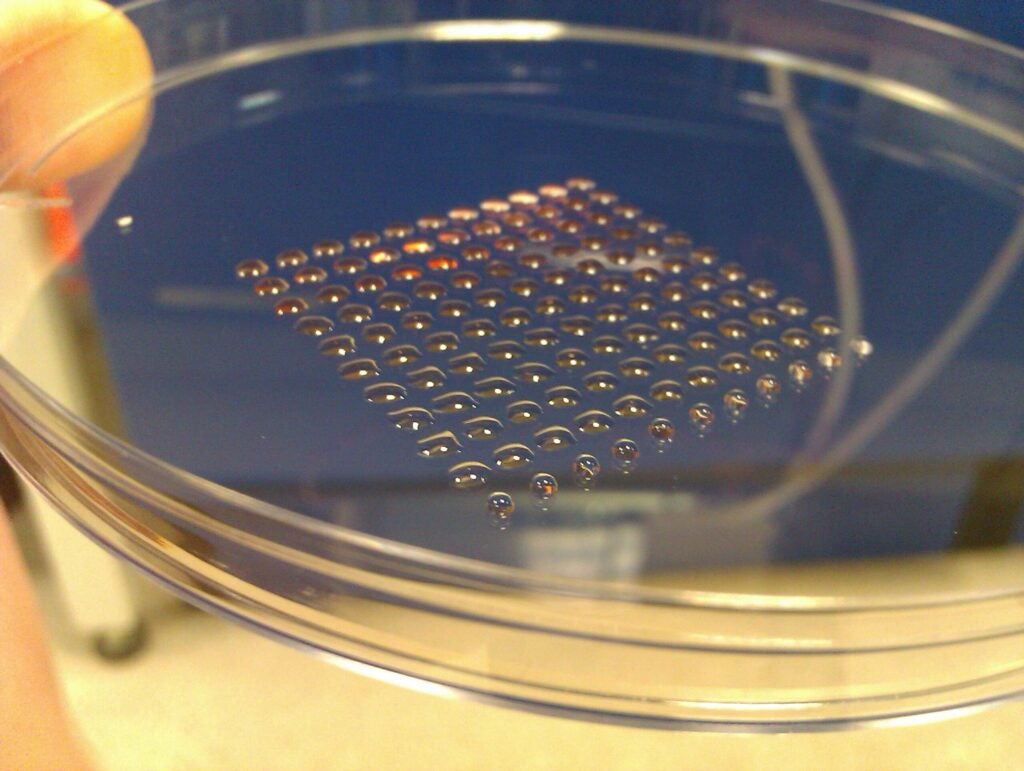