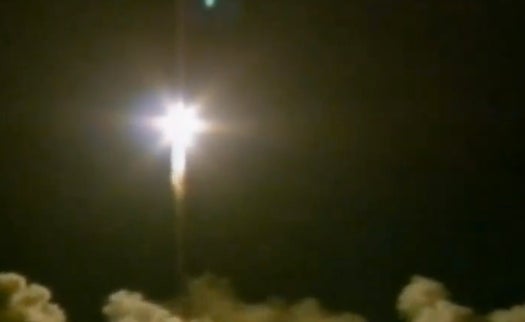 A Russian rocket carrying a U.S. satellite crashed into the Pacific this morning. No one was hurt, thankfully, but this isn’t exactly good news for Russian commercial rockets–or the company that organized this launch.

It’s not clear yet exactly what happened to the Zenit-3SL rocket. It was carrying a telecommunications satellite made by Boeing, Intelsat-27, and the launch was organized by Sea Launch, a company owned by a Russian-led consortium that’s headed by another company headquartered in Switzerland. (You can read a semi-vintage 1999 Popular Science article about it here, if you’re so inclined.) Sea Launch has been setting up launches since 2011, after returning from Chapter 11 bankruptcy following another crash in 2007. (These flights are expensive, and a crash doesn’t yield much return on investment.) The launch was at sea, south of the Hawaiian islands, and operators worked from a support vessel 6.5 kilometers away.

The last few months haven’t been good for Russian rockets in general: there’ve been a few high-profile crashes of Russia’s Proton rocket–one of the most popular satellite-towing ships available–and the bad publicity doesn’t bode well for commercial interests.

In the meantime, Sea Launch says it’ll create a review board to find out what went wrong. (But no, it was not the West meddling with Russia.)