This Robot Can Jump 30 Times Its Own Height

Except it doesn't just jump, it explodes. 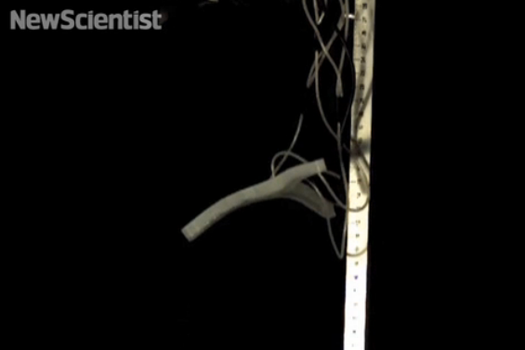 Harvard researchers have developed a robot that jumps into the air using explosions in its legs.The three-legged soft robot has tubes that are filled with methane and oxygen. When jolted with electricity, they explode, propelling the robot into the air.

The explosion keeps the silicone-based robot somewhat level so that it can land on its feet when it comes down. The robot can jump more than 30 times its own height — or maybe more, if it wasn’t tethered by tubing.

In the future, jumping robots could be useful in aiding search and rescue operations. Researchers are now trying to figure out a way to steer the robots in mid-air, so that we could control where they land.