The NFL Teams Up With GE On Concussion Technology

The NFL has announced it will partner with General Electric to develop better technology for detecting concussions and protecting the... 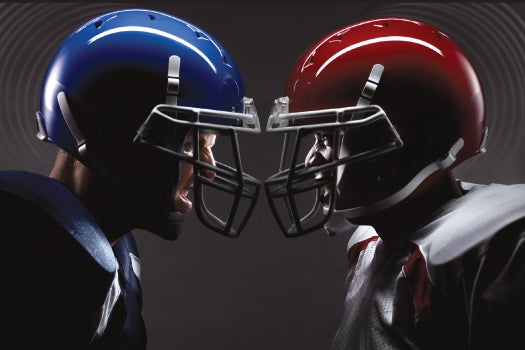 The NFL has announced it will partner with General Electric to develop better technology for detecting concussions and protecting the brain, The New York Times reports. The four-year initiative, with $50 million in funding, will begin in March. It’ll focus on improving imaging equipment as well as crowd-sourcing safety equipment ideas.

Athletes in the U.S. suffer from 3.8 million sports-related concussions a year. In our January issue, we discussed the possibility of a helmet that could save football.

The first part of the NFL/GE partnership will provide at least $30 million to develop better imaging equipment tailored toward detecting head trauma.

The second half of the project sets aside $20 million an innovation challenge for new and improved safety equipment. The most promising ideas from the challenge would be financed and brought to market.