Last year, Google envisioned their augmented reality device as an in-your-face smartphone screen. But now they've created something much, much better. And you can get one. 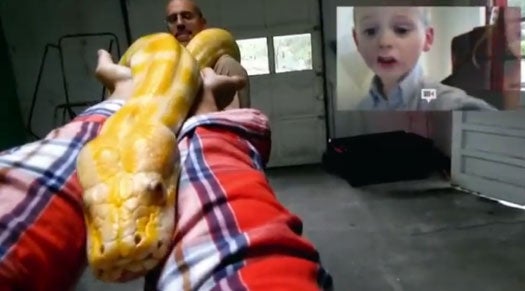 When Google released their original concept video for Project Glass last April, it seemed like the company was still struggling to dream up an interface that wasn’t, at its core, a smartphone screen for your eyeballs. There would be pop-up notifications for text messages, calendar reminders, and weather alerts; there would be applications, like Maps, that would show up in front of you as a large, mostly opaque, smartphone-screen-shaped window; there would be a Siri-like voice command function. In short, Project Glass seemed poised to produce a more convenient version of something that already existed.

But that was last April. Today, Google released a demo video showing off the new Glass interface–an interface that, from the looks of it, feels like something new:

The device is not yet available to the general public, but Google is taking applications for an elite set of initial users it’s calling “Glass Explorers.” Think you might qualify? Here’s what to do:

Using Google+ or Twitter, tell us what you would do if you had Glass, starting with the hashtag #ifihadglass.