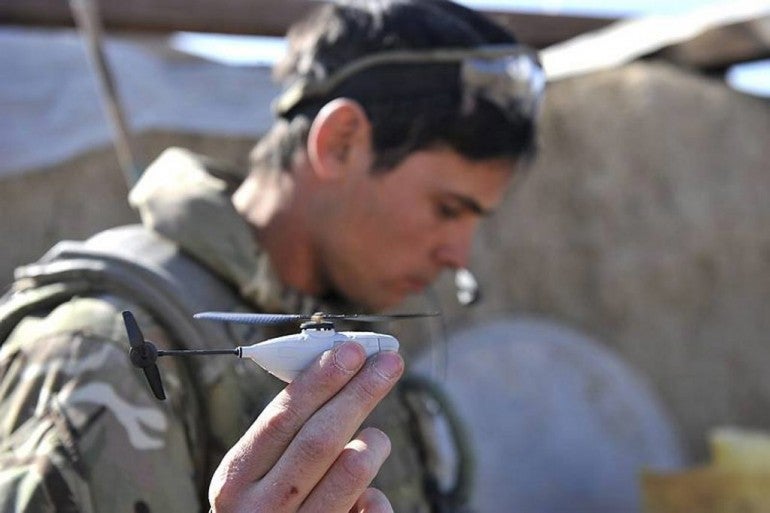 What do you get when you cross a Predator drone and a hummingbird? For those times when a Predator is just too big for a backpack, some British troops can now deploy a new palm-sized drone equipped with a camera.

The 4-inch drone, called the Black Hornet Nano Unmanned Air Vehicle made by Norway-based Prox Dynamics, flies silently for up to 25 minutes and zips around at speeds up to 22 miles per hour. Although the inventor, Peter Muren started out designing those little R/C toy copters, don’t expect to pick these up at Toys ‘R Us — each one cost $125,000. After years of development, these Black Hornets withstand wind gusts and have been used to scope out snipers and sneak looks around obstructions to keep troops safe. A soldier can control the Black Hornet from up to half a mile away. Another navigation option uses GPS coordinates so the drone can plot a pre-planned route. It’s even got a “hover and stare” mode.

No word on when Prox Dynamics will equip the drone with munitions so it can take out enemy pigeons.