Which means we're one step closer to robotic exoskeletons. Hop aboard. 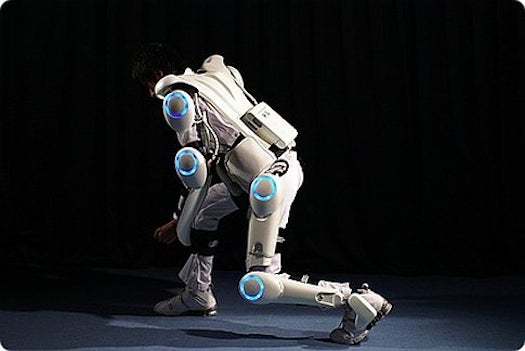 We’ve been following the HAL robotic suit for a while now, and for good reason: Look at that thing! That looks like the future right there. And now it’s gotten a worldwide stamp of safety approval.

This is how HAL works in a nutshell: Hop in, move an appendage slightly, and the suit detects the movement. After that, it guides your natural movement, but with robotic efficiency. So if you’re a senior citizen that has trouble getting around, you can move your arm slightly and let HAL help you reach the top shelf. It’s powered by a 22-pound battery attached to the waist, and the leg braces can help the wearer walk, and even climb stairs. 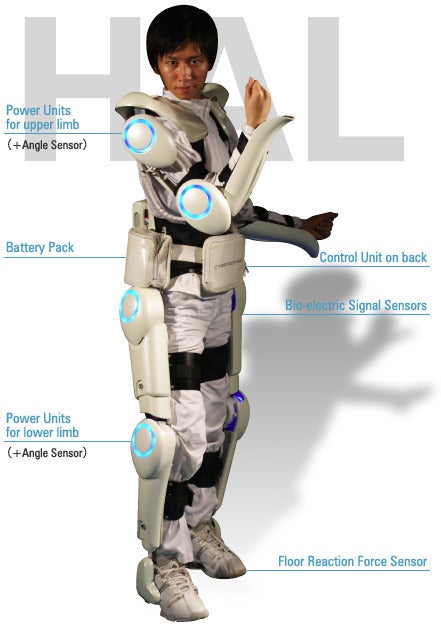 It’s already been available for rent in Japan, where it’s produced by the manufacturer Cyberdyne, and now it’s the first nursing-care robot to be approved based on the draft version of an international standard for robot safety. (The draft is expected to be approved later this year.) That probably puts it at the consumer forefront of robot suits, even if we’ve seen some military-type inventions with a similar idea.

But, no, this doesn’t mean we’ll all be purchasing our own personal HAL suits to make it easier to walk to the grocery store or something. The inventors created HAL to help with the elderly and disabled who need the suit to function at all, not to turn us into super-humans. Although we’ve seen a glimpse of that, too.