This is no ordinary john. 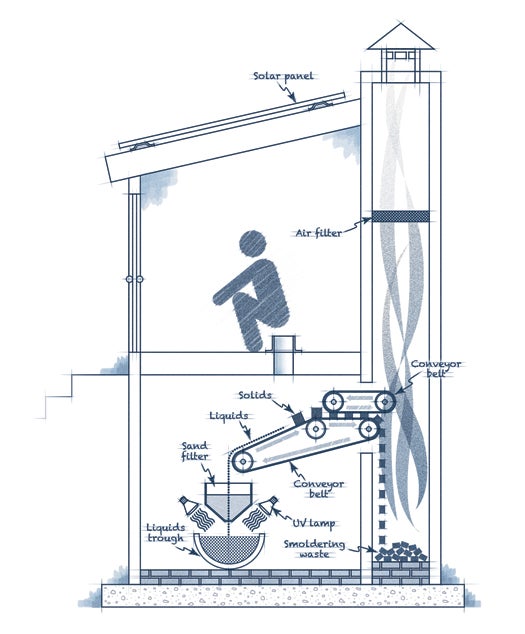 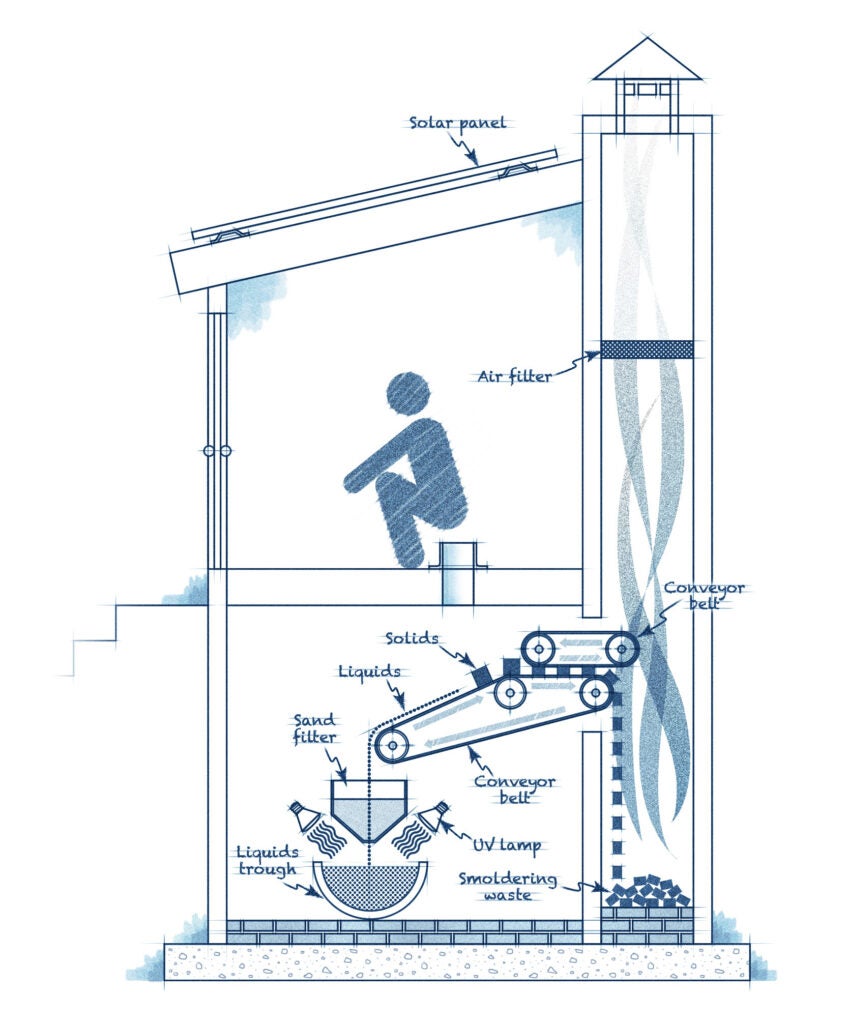 It’s a squat toilet, which is what many people around the world prefer. The waste falls onto a sloped conveyor belt. Solids stick, and liquids run off into a bed of sand, which filters everything 10 micrometers or larger, including most parasites and their eggs. Then the liquid falls into a shallow trough, where an ultraviolet lamp—running on five watts from a solar panel on the roof—destroys any other pathogens in minutes.

The sand filter’s top layer will get clogged, so a corkscrew mechanism skims it off to join the solids, which another belt squeezes to remove moisture so they can be burned efficiently. The user would light the waste in a smolder unit every night, which would leave just a tiny bit of ash and sterile sand.

To test our components, we’ve decided to use a nonhazardous feces surrogate—same calorific content, same moisture content, looks like it, feels like it, but made out of ingredients like miso paste and peanut butter. When the full prototype is built by December, we’ll switch to the real stuff.”

—Jason Gerhard, an engineer at the University of Western Ontario, Canada, is working on the disinfecting-toilet project with Yu-Ling Cheng, Mark Kortschot, and José Torero. As told to Flora Lichtman.