The Alaskan Brewing Company burns its own spent grain for fuel. 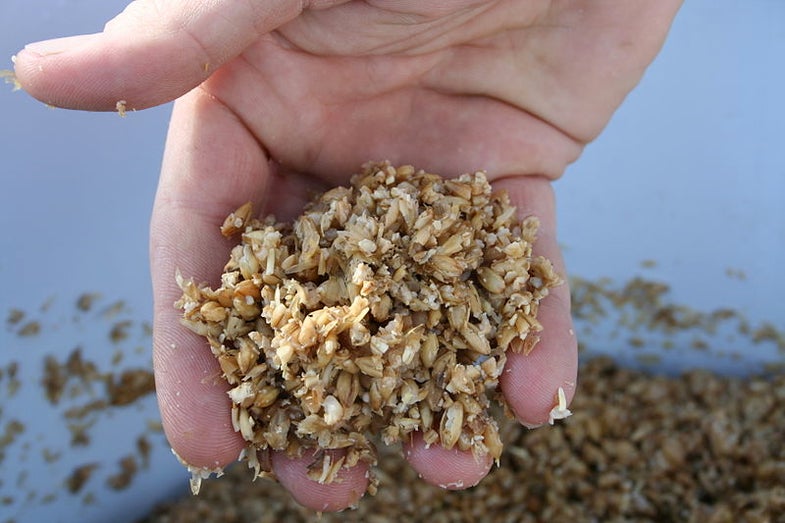 The Associated Press has the story of Juneau’s Alaskan Brewing Company, which has installed a pleasingly sustainable new boiler system that takes grain that’s been used in the brewing process and burns it to power the brewery. Other breweries, such as Newcastle in the UK, have been burning spent grain for fuel before, but mixed with wood or other fuels; Alaskan claims to be the first brewery with an energy system powered solely by spent grain.

What is spent grain exactly? We asked BeerSci: “When brewers make beer, they crush and soak the barley kernels in hot water to extract a large percentage of the sugars found in them. Once the water is drained off, the sugar-depleted kernels are called spent grain.”

What to do with mounds of this stuff has always been a question brewers have to deal with. It’s not worth very much. Livestock like eating it, so you can pay a farmer to haul it away and serve it to cattle. Magic Hat, in Vermont, teamed up with a company called PurposeEnergy to build a biodigester that turns grain into natural gas. Sierra Nevada has a HotRot-brand composting system that turns spent grain and other waste into delicious compost, which the brewery uses to grow its own hops.

Coors gets ethanol out of their spent grain (which means it’s not fully spent, right?); you can pump Coors ethanol into your tank in Denver. And other breweries turn used grain into bread, dog biscuits, biodegradable plastics, and more.