Because when it comes to hiding clues, all other locations pale in comparison. 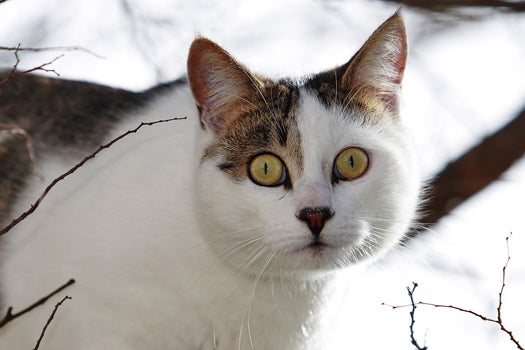 If you’re looking for worldwide press and Internet attention, there’s really only one thing you need: a cat. At least that seems to be the lesson of the anonymous hacker that has led Japanese law enforcement on a wild goose chase for months.

On New Year’s Day, media outlets received emailed riddles leading them to the “chance for a big scoop.” After solving various emailed riddles, police found a digital memory card attached to the collar of a cat near Tokyo. The actual process of cat-finding is unclear, but we’d like to think it involved a massive cat-sorting on one of Japan’s cat islands. Wired reports that it contained information about the “Remote Control Virus,” information only its creator would know.

Using the virus, the hacker has sent bomb threats against schools from computers around the country. Police seem flummoxed, and after the National Police Agency (NPA) extracted confessions from four people who were later found to have nothing to do with the emails, the NPA chief has promised his cyber-crime unit would “brush up on its skills.”

There’s no word yet on what they did with the cat.