NASA Awards $17.8 Million For An Inflatable Addition To The ISS

'Space hotel' company Bigelow lands its first major deal with NASA and a chance to prove the future of human space exploration is inflatable. 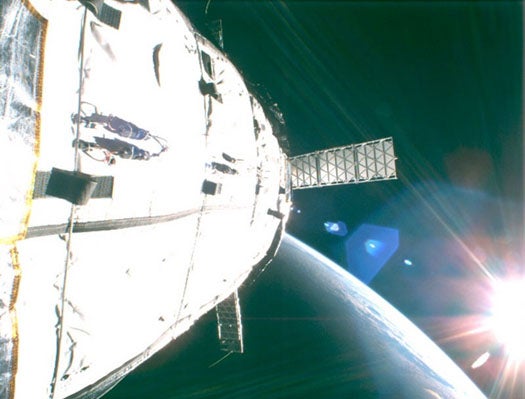 The proposed ISS module would be a larger, updated version of the Genesis prototypes Bigelow has already tested in low earth orbit. Bigelow Aerospace
SHARE

Bigelow Aerospace has for years been trying to get the world to take its inflatable space habitats seriously, and while some have regarded the Vegas-based firm’s grand visions for such things as an inflatable orbiting space hotels and manned moon bases with skepticism, NASA has always been willing to listen to Bigelow’s big ideas. And now, the space agency is investing in them. NASA has awarded the private space contractor a $17.8 million contract to develop a new inflatable addition to the International Space Station.

We first heard about this potential partnership almost exactly a year ago, but at that point an actual deal between NASA and Bigelow was anything but certain. Bigelow had previously launched two concept space habitats into orbit (unmanned, of course) demonstrating, at the very least, that they work in prototype. But that’s a far cry from gaining a foothold aboard one of the world’s most expensive science experiments.

For now, it appears the deal is going forward, though neither NASA nor Bigelow has released the details of the agreement (the two are holding a presser on Wednesday). Will the module actually be used as additional laboratory or living space for the astronauts aboard the ISS, or is it itself an experiment to see how inflatable space habitat technology might be deployed in future missions (or both)? More details on this when they become available.