A Map Of Every Person In The U.S. And Canada 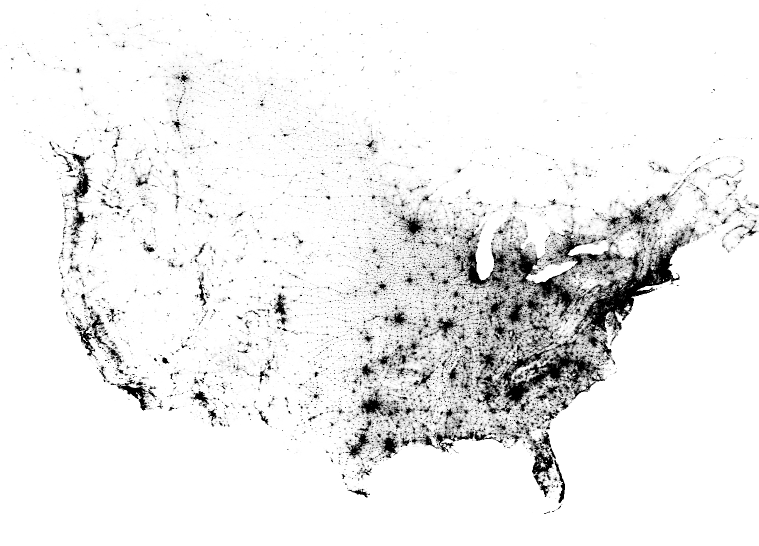 Here’s a pretty cool interactive map made by Brandon Martin-Anderson showing, according to census data, every single person in the United States and Canada. The map uses the 2010 US census and the 2011 Canadian census, for a total of 341,817,095. But interestingly, there are no other visual aids–no landmarks, no borders, no rivers or lakes. So if you want to find yourself, you’ll have to go by population groups, which gets pretty difficult as you zoom further in. Unless you live in Nunavut or something.