Video: Harvard’s Tiny Kilobots Are Now Swarming By The Hundreds

When robots are cheap, why not build an army of them? 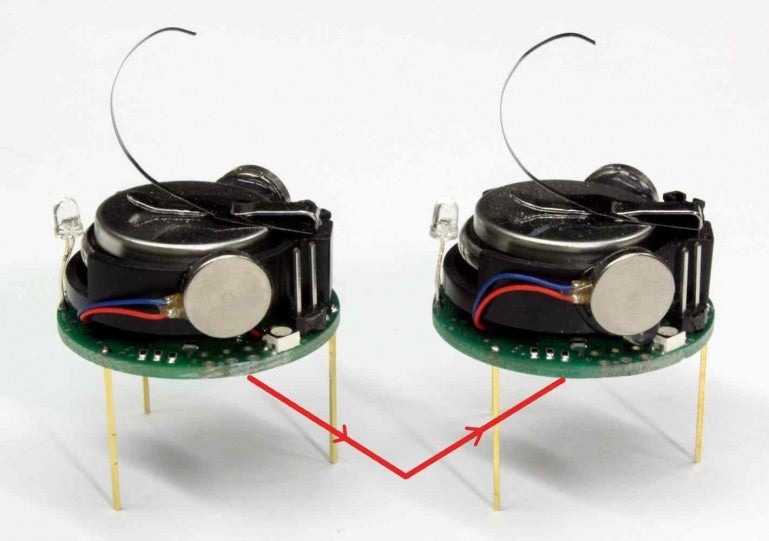 A couple of years ago, Harvard’s Self Organizing Systems Research Group came up with an idea: make a robot so cheap that it’s not cost-prohibitive to buy a hundred, or even a thousand of them. Kilobots are the fruit of that idea. The tiny, $14-a-pop robots communicate with each other via infrared lights on their underbellies, which can be used to signal to other Kilobots in the vicinity. As such, they can be used to demonstrate and experiment with swarm behaviors distributed across huge numbers of robots, and in these new videos released by the Self Organizing Systems Research Group we see exactly that.

In the video above 100 Kilobots flock together toward a light source. That may look easy enough for a group of robots (it’s really not, but whatever), but in the second video we see groups of Kilobots similarly seeking out a light source, this time constrained by variously shaped objects that they are carrying. One object is itself moving, repeatedly bending at a mechanically actuated joint at its center. The Kilobots, imbued as they are with swarm intelligence, don’t even get flustered.