Facebook’s New “Graph Search” Is The Google Of People

Yes, that sounds confusing. But really, it's just a new way to search for people or information about people, using Facebook's massive stock of data. 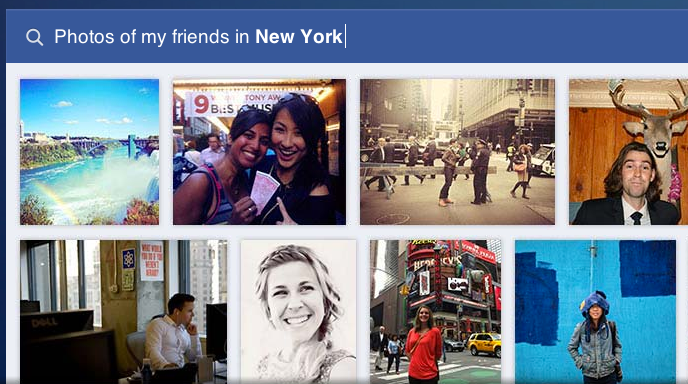 Facebook held a big announcement this morning in California, and though some had expected a Facebook-branded smartphone or some other gadgety item, what Facebook actually announced was “graph search,” a new, Microsoft-Bing-powered search engine that’ll live on Facebook.

Graph search takes all of the data that’s plugged into Facebook–likes, favorites, tastes and photos and videos and status updates and everything else–and makes it easy to search and group those results. The most obvious way you might take advantage of that is through natural language search, sort of like what Apple’s Siri attempted–instead of searching for keywords, you can just ask questions. That’ll be useful for finding, say, all pictures of your friends from a certain year, or finding any Thai restaurants your friends recommended in a certain city.

So, you can search for photos, people, places, or interests, as four kind of large categories. Facebook says the “people” search will be great for dating; you could find single friends of friends in your city who also like BBC shows, for example.

Privacy settings are retained even with graph search, so if your data is hidden to anyone who’s not a friend, it won’t show up in graph search. But, interestingly, data from Instagram is not included: Facebook says it’s “on the list of things we will one day get to,” but who knows when that’ll pop up.

Graph search is in the early testing stage, but you can sign up to try it out here.