Not actually ready for space, though--yet. 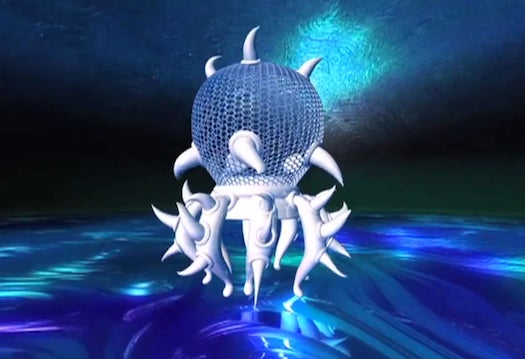 Yoichiro Kawaguchi, a professor at the University of Tokyo, created this robot based on the theme of “space jellyfish.” That title might be a little misleading, though: It’s not headed to space, it’s just an artistic interpretation of what a jellyfish in space might look like.

Showing off the robot at its first exhibit, Kawaguchi is happy just letting the crowd look at the basic moving parts. But after that, he told DigInfo, maybe he’ll throw in some more high-tech functions–even some parts that could actually send it to space.