Functional MRI could reveal which dogs are best suited to a life of military service. 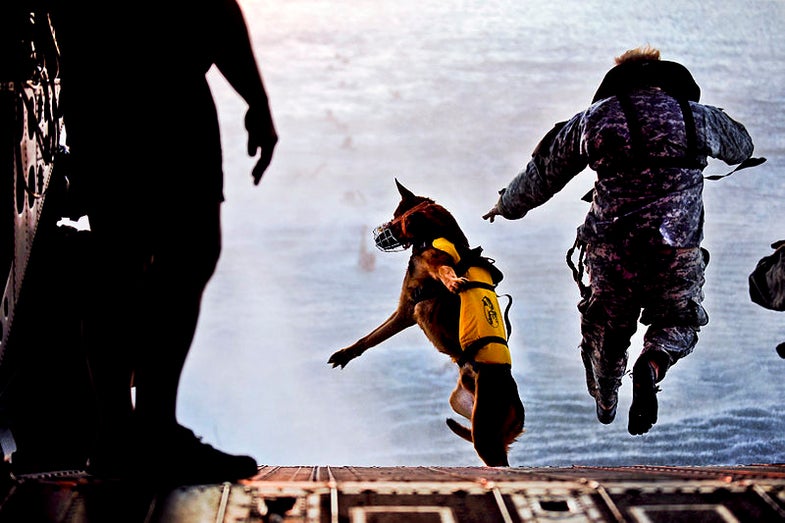 It’s hard enough to find good people for a given job. Harder still: finding the right dog. The U.S. military employs and deploys canines in a variety of roles throughout the armed services–bomb detection, search and rescue, post-traumatic stress disorder therapy–and each dog selected for those roles goes through a rigorous training regimen that can cost tens of thousands of dollars over the lifetime of the dog. Now, DARPA wants to test for pooch potential with brain scans, hoping to “optimize the selection of ideal service dogs.”

DARPA’s “Functional Imaging to Develop Outstanding Service-Dogs” program–that’s right: “FIDOS”–hopes to quickly sift through candidate canines to find the smartest pups, or at least the ones that will be most responsive to the particular kind of training employed for each specific job. The idea stems from an Emory University study that recently found via functional MRI scans of canine brains that dogs don’t just respond to food rewards but to social rewards as well–at least to some degree. This has led to some new ideas regarding why some dogs respond the way they do to certain training cues, and also revealed ways in which fMRI could be used to screen for dogs that will be good at certain tasks.

By scanning dogs’ brains before selecting them for a training regimen and a life of military service, DARPA thinks it will be able to find dogs whose brains light up with stronger signals when given certain visual cues, and thus can be trained faster and more easily. But brain scans will also reveal which dogs possess certain characteristics like “hyper-social” personalities that make them especially tuned into human non-verbal cues. These dogs, once identified, would be ideal for tasks such as soldier rehabilitation in cases of PTSD or traumatic brain injury.

Of course, first things first. Before you can train to be a canine psychology assistant or to rope out of helicopters with the SEALs, you have to train it to lay still in an fMRI machine.