Digital Tool Ages Your Face To Scare You Into Saving Money

People save more for retirement when they see older versions of themselves, so Merrill Edge is more than happy to make you look old and wrinkly. 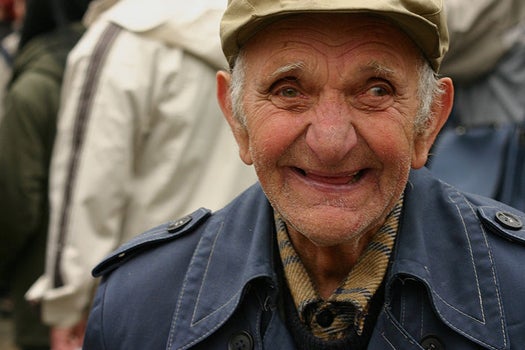 Did you know that if you see an age-enhanced version of yourself, you’re more likely to save extra money for retirement? Stanford researchers know, because they studied that effect in 2011, and Bank of America division Merrill Edge knows, because they’re pointing to the Stanford study as the rationale behind a newly released online digital-aging program that exists to remind you that you’re going to get old and die.

Morbid? Oh, yeah. But Face Retirement, as it’s called, has a practical goal: to encourage users to save money for retirement. Just upload a normal photo with your age and gender and the program will spit back an aged photo, guess the cost of living in the future, give you options to start saving, and let you share your presumably frugal future self with friends on Facebook.

Saving for retirement is a good thing, obviously. Still, this is a little messed up. Why can’t corporations these days just be straightforward when they’re trying to make us panic about the future?