These speakers have a sound that is out of this world. 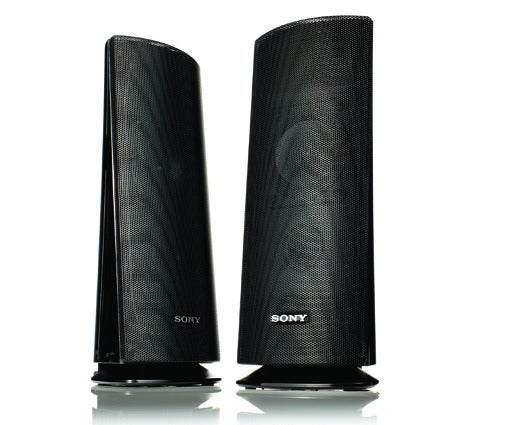 At the beginning of the space program, one big problem facing NASA engineers was finding a way to move rocket fuel into engines in space with no gravity to guide the flow. They developed an additive called ferrofluid, a liquid infused with magnetite particles that they could manipulate with a magnetic field. Companies now use the substance to control parts in everything from racecar suspensions to hard drives.

This year, designers at Sony found a new use for it: building slim speakers that produce louder, clearer sound than any others their size. Designers replaced a key speaker component, the damper, with a microns-thin ring of ferrofluid. Speakers generate sound waves when a magnet moves a voice coil back and forth to push against a diaphragm; the damper ensures that the spring doesn’t wobble and that the diaphragm doesn’t overextend. 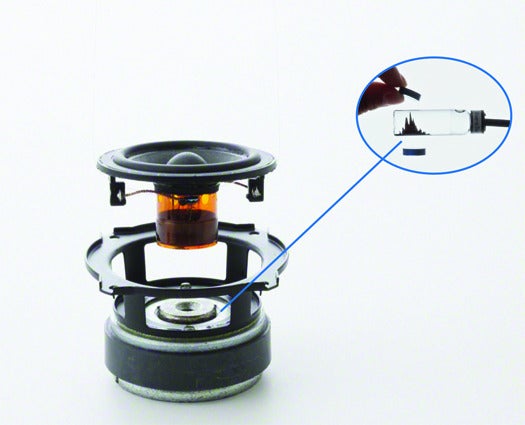 But dampers cause friction, which creates sound-distorting vibrations and can lower a speaker’s overall volume. Ferrofluid holds the coil and diaphragm in place, without friction. Without a damper in the way, the speakers can produce louder—up to three decibels—clearer sounds across all frequencies.

Unmonday 4.3L
No matter which side the hexagonal Unmonday speaker sits on, its ceramic housing
will dampen vibrations. Based on how the speaker is positioned, an accelerometer tells it to act as part of a mono, stereo, or surround setup. $890 (import)