Who Will Control What We 3-D Print? 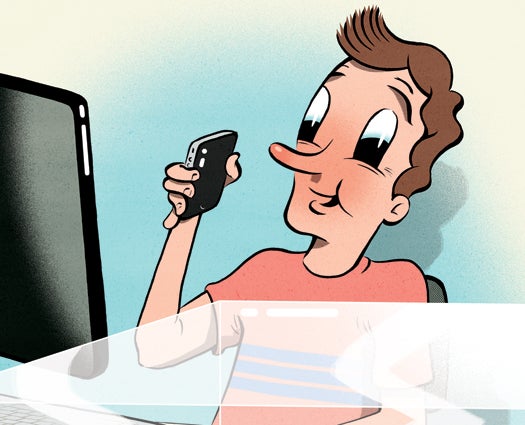 Last January, the Swedish BitTorrent tracker Pirate Bay quietly introduced a new category, called Physibles, to its inventory. “We believe that things like three-dimensional printers, scanners, and such are just the first step,” one of the site’s managers wrote at the time. “We believe that in the nearby future you will print your spare parts for your vehicles. You will download your sneakers within 20 years.”

Digital rights management for 3-D printers is just the beginning.That’s probably an understatement. MakerBot’s $2,199 Replicator 2, which prints small objects from drips of melted bioplastic filament, is generating headlines today. But far sharper home stereolithographic printers, which selectively cure liquid photopolymer resins with lasers, are on the way; Formlabs is set to begin delivery on its $2,299 Form 1 in February. And that’s just the start. The next generation of consumer 3-D printers will be able to generate complex parts of variable elasticity and conductivity, and from far more than plastic or resin. A commercial “bioprinter” from Organovo can already shape human cells into usable tissue, and a Columbia, Missouri, start-up called Modern Meadow is working on a device that prints edible meat. A team at the University of Glasgow has even found a way to print custom chemical compounds, opening the way to home pill-printers. In September, meanwhile, Autodesk released a free iPhone app, 123D Catch, that scans objects on the fly. And, as CT scanning gets cheaper, you’ll be able to map the interior as well. Forget sneakers. We’re gaining the ability to copy anything: a leaked iPhone 7, a life-saving medicine, a deadly virus.

Which means the Physibles section at Pirate Bay, among other places, is about to become the site of some important battles. In October, Intellectual Ventures, a company run by Nathan Myhrvold, former CTO of Microsoft, patented a scheme “to control object production rights” that would require every 3-D printer to validate every file in a print queue against a database of authorized items. No validation, no copy. The system likely won’t catch on—Apple ditched clunky digital rights management on iTunes years ago—but it’s just the beginning. The intellectual property battles of the last two decades will seem trivial in comparison to the coming war over who, in the most literal sense, controls the means of production.