Utah Cops May Be Required To Wear Camera Glasses

When every police-citizen interaction is recorded, maybe we'll be nicer to each other. 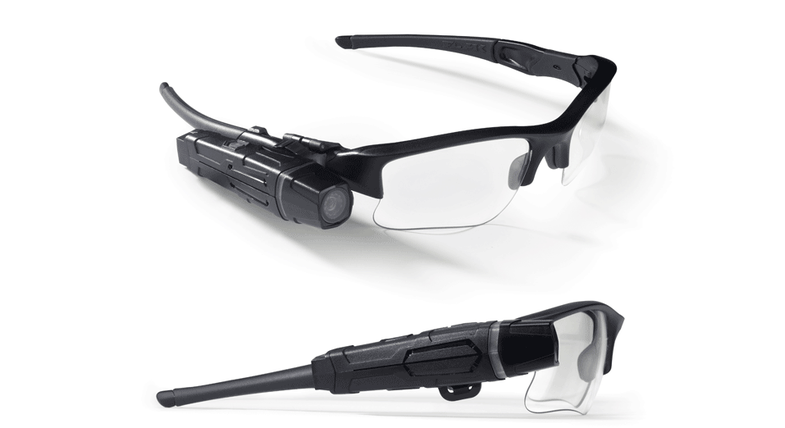 Memo to Salt Lake City Police Department: Lifeblogging was never cool. Neither, come to think of it, are the glasses you see above. But the chief of police of Salt Lake City is hoping to make the above accessory mandatory for his on-duty officers, as well as for every other officer in the state. Much like dashboard cameras currently log what’s happening in front of a police officers car during a shift, this tiny glasses-mounted camera will record everything an officer sees–and does–while on patrol.

Which is actually a pretty cool idea, mandatory Oakley shooting glasses even when you’re not shooting. The technology Salt Lake City is considering is made by Taser (yes, that Taser, they make other things as well). I caught a briefing on the technology some months back from TaserCEO Rick Smith. And I was kind of impressed.

While there’s an argument to be made that all these cameras everywhere are turning us into a police state–especially when the police are the ones getting more cameras. And it’s true: these kinds of cameras will increase the likelihood of you being filmed (by the state!) when perhaps you are not aware of it. However, with so many smartphones and laptops and tablets around these days, there are cameras everywhere anyhow. The nice thing about Taser’s AXON Flex (that’s the proper name of the product) is that when properly used it really serves the people as much as the officer.

With AXON, every interaction is going to be recorded, not just the ones that happen in front of the police cruiser. But the officer wearing the camera doesn’t have control over the data it collects. At the end of each shift officers are required to turn in their cameras, which are plugged into a special terminal that offloads the data to a remote server. Individual officers don’t have access to said server–to recall that video paperwork has to be filed and essentially a formal inquiry has to be made through the legal system.

All that is to say yeah, you’re on camera. But so is the officer. And that might just encourage both parties to be nicer to each other.