The small company put millions into locking down more than 300 new-suffix domains like .movie and .buy. Cue messy legal squabble. 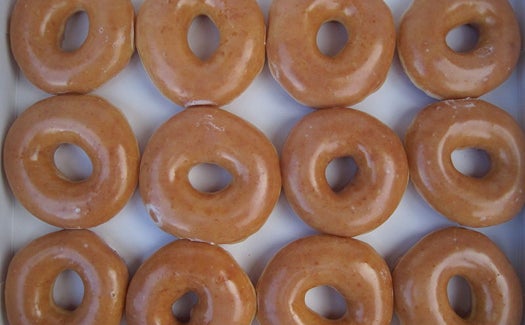 When the so-called top-level domain names–with suffixes like .buy, .apple, or .book instead of .org or .com–went up for auction, it was compared to an Internet gold rush. Big companies hurried to snatch them up, despite the prohibitive $185,000 application fee. You might’ve heard about Google and Amazon going big on the new suffixes, but you probably didn’t hear about Donuts Inc., a small, venture-backed company that’s spent $56 million on more than 300 domains. For reference, that’s about three times as many as Google is bidding for, and four times as many as Amazon.

Some are coming out against Donuts now, raising the specter of potential cybersquatting, the practice of sitting on a piece of web real estate and waiting for it to gain value, or in this case, the accusers say, providing an outlet for people to masquerade as the intended owner. (“Well, .apple must be the domain of the iPhone-making Apple company!”) Bloomberg has the full story on it, but in short, this could turn into a messy legal squabble. Donuts is named in a letter to ICANN, the arbiters of web structure, from a lawyer representing other new-domain holders. The holders are lobbying for ICANN to investigate Donuts’ ties to the occasionally controversial Demand Media. In the meantime, 140 of Donuts’ bids are uncontested, one of the company’s founder told Bloomberg, while it’ll have to duke it out with some others for the other domains.