Could A Sonic Weapon Make Your Head Explode?

Infrasonic sound can have very unusual non-auditory effects on the body. But does it kill? 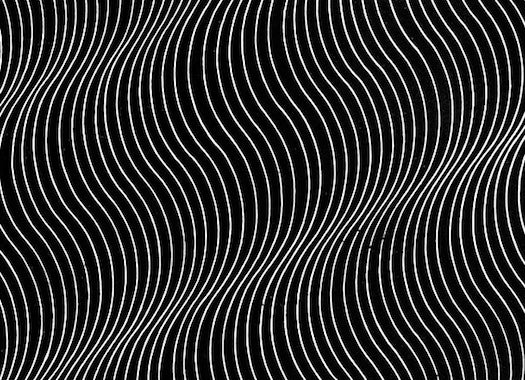 There’s an elevator in the Brown University Biomed building (hopefully fixed by now) that I’ve heard called “the elevator to hell,” not because of destination but because there is a bent blade in the overhead fan. The elevator is typical of older models, a box 2 meters by 2 meters by 3 meters with requisite buzzing fluorescent, making it a perfect resonator for low-frequency sounds. As soon as the doors close, you don’t really hear anything different, but you can feel your ears (and body, if you’re not wearing a coat) pulsing about four times per second. Even going only two floors can leave you pretty nauseated. The fan isn’t particularly powerful, but the damage to one of the blades just happens to change the air flow at a rate that is matched by the dimensions of the car. This is the basis of what is called vibroacoustic syndrome—the effect of infrasonic output not on your hearing but on the various fluid-filled parts of your body.

People don’t usually think of infrasound as sound at all. You can hear very low-frequency sounds at levels above 88–100 dB down to a few cycles per second, but you can’t get any tonal information out of it below about 20Hz—it mostly just feels like beating pressure waves. And like any other sound, if presented at levels above 140 dB, it is going to cause pain. But the primary effects of infrasound are not on your ears but on the rest of your body.

Because infrasound can affect people’s whole bodies, it has been under serious investigation by military and research organizations since the 1950s, largely the Navy and NASA, to figure out the effects of low-frequency vibration on people stuck on large, noisy ships with huge throbbing motors or on top of rockets launching into space. As with seemingly any bit of military research, it is the subject of speculation and devious rumors. Among the most infamous developers of infrasonic weapons was a Russian-born French researcher named Vladimir Gavreau. According to popular media at the time (and far too many current under-fact-checked web pages), Gavreau started to investigate reports of nausea in his lab that supposedly disappeared once a ventilator fan was disabled. He then launched into a series of experiments on the effects of infrasound on human subjects, with results (as reported in the press) ranging from subjects needing to be saved in the nick of time from an infrasonic “envelope of death” that damaged their internal organs to people having their organs “converted to jelly” by exposure to an infrasonic whistle.

Supposedly Gavreau had patented these, and they were the basis of secret government programs into infrasonic weapons. These would definitely qualify as acoustic weapons if you believe easily accessible web references. However, when I started digging deeper, I found that while Gavreau did exist and did do acoustic research, he had actually only written a few minor papers in the 1960s that describe human exposure to low-frequency (not infrasonic) sound, and none of the supposed patents existed. Subsequent and contemporary papers in infrasonic research that cite his work at all do so in the context of pointing out the problems of letting the press get hold of com- plex work. My personal theory is that the reason that his work survived even in the annals of conspiracy is that “Vladimir Gavreau” is just such a great moniker for a mad scientist that he had to be up to something.

Conspiracy theories aside, the characteristics of infrasound do lend it certain possibilities as a weapon. The low frequency of infrasonic sound and its corresponding long wavelength makes it much more capable of bending around or penetrating your body, creating an oscillating pressure system. Depending on the frequency, different parts of your body will resonate, which can have very unusual non-auditory effects. For example, one of the ones that occur at relatively safe sound levels ( 100 dB) occurs at 19Hz. If you sit in front of a very good-quality subwoofer and play a 19Hz sound (or have access to a sound programmer and get an audible sound to modulate at 19Hz), try taking off your glasses or removing your contacts. Your eyes will twitch. If you turn up the volume so you start approaching 110 dB, you may even start seeing colored lights at the periphery of your vision or ghostly gray regions in the center. This is because 19Hz is the resonant frequency of the human eyeball. The low-frequency pulsations start distorting the eyeball's shape and pushing on the retina, activating the rods and cones by pressure rather than light.* This non-auditory effect may be the basis of some supernatural folklore. In 1998, Tony Lawrence and Vic Tandy wrote a paper for the Journal of the Society for Psychical Research (not my usual fare) called “Ghosts in the Machine,” in which they describe how they got to the root of stories of a “haunted” laboratory. People in the lab had described seeing “ghostly” gray shapes that disappeared when they turned to face them. Upon examining the area, it turned out that a fan was resonating the room at 18.98Hz, almost exactly the resonant frequency of the human eyeball. When the fan was turned off, so did all stories of ghostly apparitions.

You would have to use a 240 dB source to get the head to resonate destructively. At that point it would be faster to just hit the person over the head.

Almost any part of your body, based on its volume and makeup, will vibrate at specific frequencies with enough power. Human eyeballs are fluid-filled ovoids, lungs are gas-filled membranes, and the human abdomen contains a variety of liquid-, solid-, and gas-filled pockets. All of these structures have limits to how much they can stretch when subjected to force, so if you provide enough power behind a vibration, they will stretch and shrink in time with the low-frequency vibrations of the air molecules around them. Since we don’t hear infrasonic frequencies very well, we are often unaware of exactly how loud the sounds are. At 130 dB, the inner ear will start undergoing direct pressure distortions unrelated to normal hearing, which can affect your ability to understand speech. At about 150 dB, people start complaining about nausea and whole body vibrations, usually in the chest and abdomen. By the time 166 dB is reached, people start noticing problems breathing, as the low-frequency pulses start impacting the lungs, reaching a critical point at about 177 dB, when infrasound from 0.5 to 8Hz can actually drive sonically induced artificial respiration at an abnormal rhythm. In addition, vibrations through a substrate such as the ground can be passed throughout your body via your skeleton, which in turn can cause your whole body to vibrate at 4–8Hz vertically and 1–2Hz side to side. The effects of this type of whole-body vibration can cause many problems, ranging from bone and joint damage with short exposure to nausea and visual damage with chronic exposure. The commonality of infrasonic vibration, especially in the realm of heavy equipment operation, has led federal and international health and safety organizations to create guidelines to limit people’s exposure to this type of infrasonic stimulus. 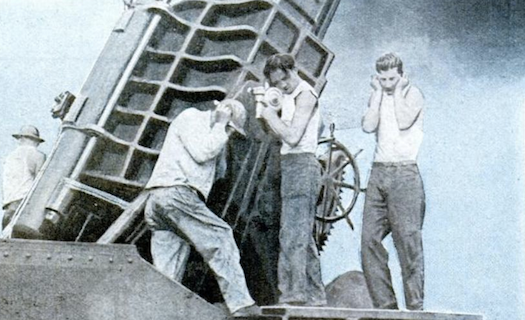 Since different body parts all do resonate and resonance can be highly destructive, could you build a practical infrasonic weapon by targeting a specific low-frequency resonance and thus not have to carry around a heavy amplifier or lock your victim in an elevator car? For example, imagine I am a mad scientist (a total stretch, I know) who wants to build a weapon using sound to make people’s heads explode. Resonance frequencies of human skulls have been calculated as part of studies looking at bone conduction for certain types of hearing aid devices. A dry (i.e., removed from the body and on a table) human skull has prominent acoustic resonances at about 9 and 12kHz, slightly lesser ones at 14 and 17kHz, and even smaller ones at 32 and 38kHz. These are convenient sounds because I won’t have to lug around a really big emitter for low frequencies, and most of them are not ultrasonic, so I don’t have to worry about smearing gel on the skull to get it to blow up. So how about if I just use a sonic emitter that puts out two peaks at the two highest resonance points, 9 and 12kHz, at 140 dB and wait until your head explodes? Well, it’ll be a while. In fact, it’s not likely to do anything other than possibly make a nice dry skull shimmy on the desk a bit, and it will do nothing to a live head other than make it turn toward you to see where that irritating sound is coming from.

I’ve always wanted to be able to run around blowing holes in things and chasing away supervillains.

The problem is that while your skull may vibrate maximally at those frequencies, it is surrounded by soft wet muscular and connective tissue and filled with gloppy brains and blood that do not resonate at those frequencies and thus damp out the resonant vibration like a rug placed in front of your stereo speakers. In fact, when a living human head was substituted for a dry skull in the same study, the 12kHz resonance peak was 70 dB lower, with the strongest resonance now at about 200Hz, and even that was 30 dB lower than the highest resonance of the dry skull. You would probably have to use something on the order of a 240 dB source to get the head to resonate destructively, and at that point it would be much faster to just hit the person over the head with the emitter and be done with it. So while we still cannot use infrasound to defend ourselves against dangerous severed heads and have not found the “brown sound” that would allow us to embarrass our friends, infrasound can cause potentially dangerous effects on living bodies—as long as you have a very high-powered pneumatic displacement source or operate in a very contained environment for a long time.

Sorry to be a spoilsport about sonic weapons. I’ve always wanted to be able to wire up a couple of speakers in my basement lab and run around blowing holes in things and chasing away supervillains, but most sonic weapons are more hype than hyper. Devices such as the LRAD exist and make effective deterrents, but even these have pronounced limitations. A handheld sonic disruptor will have to wait for some major breakthroughs in power source and transducer technologies. But the uses of sound in the future probably hold more interesting promise than the ability to destroy things.

* You can get a similar visual display, called phosphenes, by rubbing your eyes in a dark room.

Excerpted with permission from The Universal Sense: How Hearing Shapes the Mind by Seth S. Horowitz, Ph.D (Bloomsbury USA, 2012). Horowitz is a neuroscientist and former research professor at Brown University. He is the cofounder of NeuroPop, the first sound design and consulting firm to use neurosensory and psychophysical algorithms in music, sound design, and sonic branding. He is married to sound artist China Blue and lives in Warwick, RI. Buy The Universal Sense for $15 here.