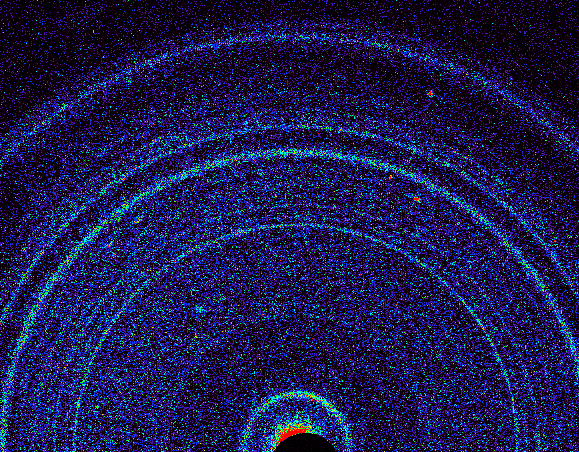 Martian soil is a lot like the weathered volcanic soils of Hawaii, according to the latest from the Mars rover Curiosity. The minerals in Martian soil are a similar composition to basaltic material on Earth.

This fits some assumptions about the makeup of Mars, but it’s helpful to have positive, quantitative proof, scientists say. Curiosity scooped up some sand from its current hangout at Rocknest, in the Glenelg region of Gale Crater, and sifted it through a sieve. Only particles smaller than the width of a human hair make it through the sieve and into Curiosity’s belly, where the powerful Chemistry and Mineralogy instrument resides. CheMin uses X-ray diffraction, which is a standard geologic technique for identifying rocks. It was no small feat to bring this technology to Mars–scientists had to shrink a room-sized setup into something smaller than a standard microwave oven.

X-ray diffraction is helpful for identifying a rock’s makeup because it tells you definitively what minerals are present. Chemical identification, which Curiosity can also do, is less precise–it might tell you you’ve got a carbon compound, for instance, but you wouldn’t know whether it was graphite or diamond. CheMin can, because it distinguishes mineral structure by recording how their crystals interact with X-rays.

In the first CheMin analysis, Curiosity spotted minerals like feldspar, pyroxene and olivine, which was not unexpected. “Roughly half the soil is non-crystalline material, such as volcanic glass or products from weathering of the glass,” said David Bish, CheMin co-investigator with Indiana University in Bloomington.

The material is similar to weathered basaltic soils in Hawaii, according to NASA.

So far, all the minerals in the rock are consistent with a wet past for Gale Crater. The ancient rocks hint at flowing water way in the past, while younger rocks and soil suggest a limited interaction with water. CheMin and the other instruments will stay busy at Rocknest for a while before Curiosity turns around and motors toward Mount Sharp.