The capsule thunders aloft, carrying cargo under the U.S. flag for the first time. 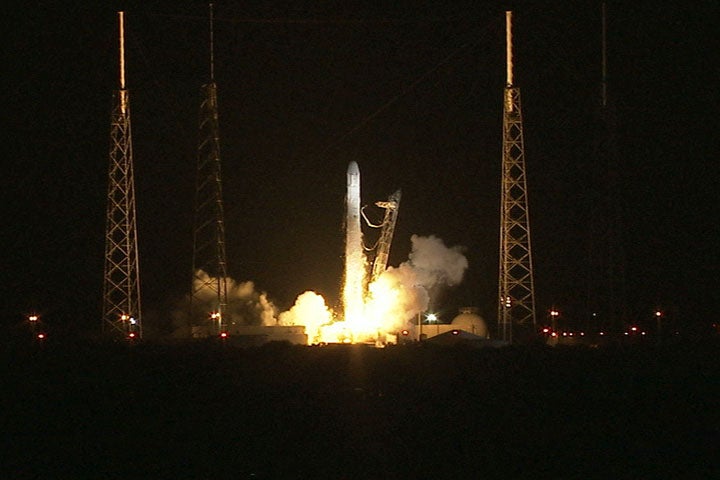 Dragon lifted off from Cape Canaveral Air Force Station, near where the space shuttles launched for 30 years before their retirement. The launch was the second trip for a Dragon capsule to dock with the station, but the first time it would actually carry cargo — meaning it’s the first time since the shuttles shut down that a U.S.-flagged ship has carried something to space. Dragon will rendezvous with the ISS Wednesday, and commander Suni Williams will grab it using the station’s robotic arm.

Astronauts will spend the next couple days unloading 1,000 pounds of material and re-loading Dragon with another 2,000 pounds of used equipment and finished experiments. The capsule will come back to Earth in about three weeks, NASA said.