This visualization injustice shall not stand. 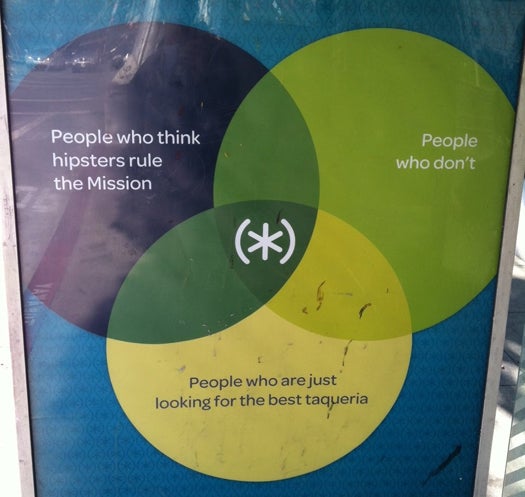 Speck is a company that makes cases for smartphones and tablets and things like that. Their stuff is fine. But what’s not fine is the company’s new ad campaign, in which the noble Venn diagram is sullied. Sullied! Look at that ad! That is incorrect!

What’s worse is, as the wonderful Copyranter at Buzzfeed found out, Speck doesn’t even care. Here’s their response, tweeted at an irate Venn-defender: “We’re just trying to have a little fun ;)”

Know what we think is fun? Venn diagrams. At least we used to.