PopSci Predicted The Future Of 3-D Printing In 1989 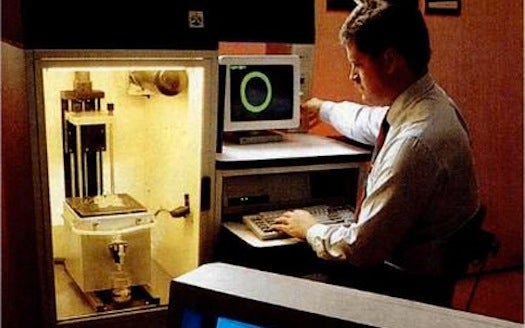 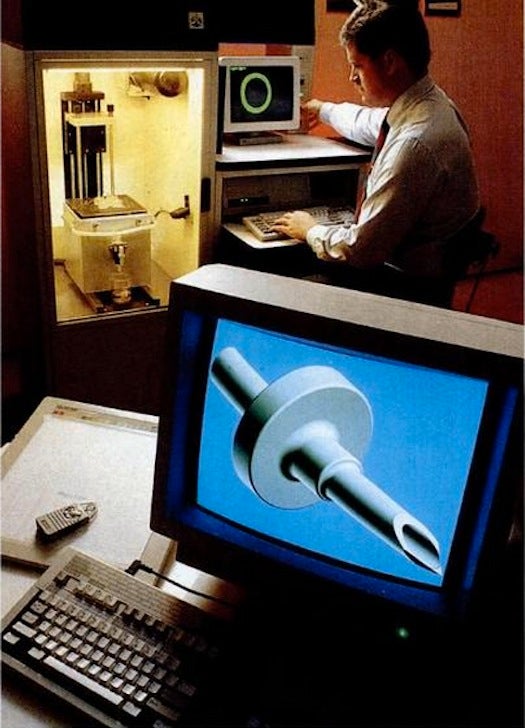 More than 23 years before MakerBot Industries opened the first 3-D printing store in the U.S., Popular Science got very, very excited about stereolithography, the first 3-D printing process. “There’s an almost magical quality to stereolithography, a process that can coalesce liquid polymers into dazzlingly complex solid structures in a matter of hours,” PopSci wrote in May 1989. We predicted that, before long, 3-D printers would let surgeons fabricate models of human bones and help automakers quickly create new car-body shapes. 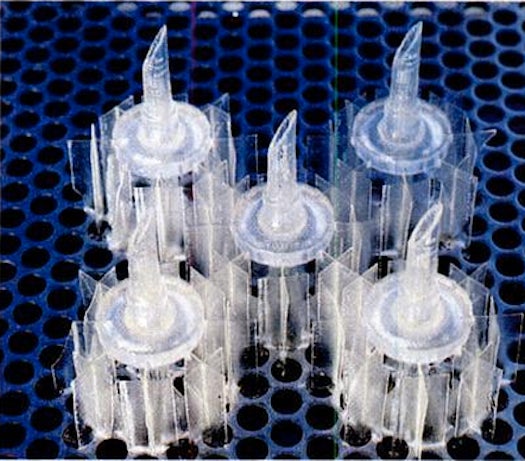 Removed from the plastic bath, a quintet of identical connectors are supported by thin plastic webbing

The invention of California engineer Charles Hull, stereolithography was then being used by Apple Computer to make models of the plastic housings for its computer equipment. Hull’s company, 3D Systems, had just released its second-generation stereolithography machine, which could make parts measuring up to 10 inches in each dimension.

The software takes the CAD-generated description of a part’s surface and divides it into triangular patches small enough to give the desired degree of surface finish. The program then passes knifelike horizontal planes through the CAD model, slicing it into thin layers: Think of it as the mathematical equivalent of a hard-boiled-egg slicer. The slices are then used one by one to generate the laser-aiming commands that photochemically “grow” the prototype one layer at a time. 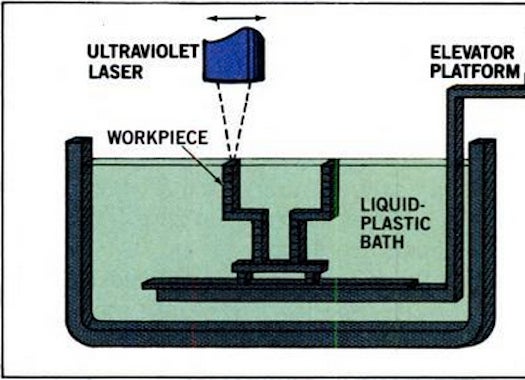 A pinpoint laser beam travels across the photosensitive liquid plastic bath, hardening the liquid where it strikes

Read the full story in our May 1989 issue: Presto! “Growing” Parts from Liquid Plastic.