"Transient electronics" could deliver drugs, monitor buildings and more. Could they be an eco-friendly solution for obsolescent tech? 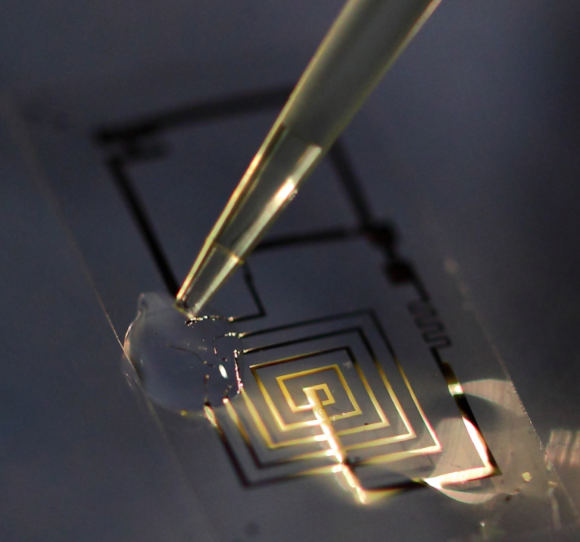 A new class of electronics can dissolve and disappear on a pre-set schedule, within a few minutes or a few years, depending on when you want them to go away. They could live in the body and deliver drugs, they could stick on the exterior of buildings or tanks, and they can become compost instead of metal scrap–in other words, they turn the common conception of electronics completely upside down.

Transient electronics, as they’ve been dubbed, are a combination of silk and silicon designed to work seamlessly in our bodies and in our environments. In a new study, researchers built a thermal device designed to monitor infection in a rodent and a 64-pixel digital camera–all from dissolvable material.

Suk-Won Hwang of the University of Illinois at Urbana-Champaign and several colleagues made circuits out of silkworm cocoons, superthin sheets of porous silicon, and electrodes made of magnesium. All these materials are biocompatible and because they’re extremely thin and soluble, they dissolve even in minute quantities of water. The silk is the main structural scaffold, and it determines the dissolution rate of the entire device. Biomedical engineer Fiorenzo Omenetto at Tufts University, a coauthor, figured out how to adjust the silk protein’s properties so it degrades at a wide range of intervals. The silk is dissolved and then re-crystallized, and by controlling the crystallization, the researchers can control the rate at which it dissolves again.

In a major test of the platform’s biocompatibility, the team engineered a silk biomedical implant in a mouse. The device was programmed to break down after a certain length of time in which it was exposed to bodily fluids, and then it was doped with an antibacterial compound. The team implanted it in an infected surgical site and after three weeks, the infection was reduced and small residual pieces of the implant could be detected. Here’s a list of other items they’ve built so far: transient transistors; diodes; wireless power coils; temperature and strain sensors; photodetectors; solar cells; radio oscillators and antennas; and digital cameras. There is a huge array of possible uses for this technology, which is partly funded by DARPA.

Even when they’re likely to be obsolete the moment you buy them, modern electronics are built to last. When they’re no longer needed, they pile up in our houses, recycling centers or landfills. Transient electronics could be a solution–a device can be programmed to last a few years, and then completely dissolve when it’s rendered obsolete. The research appears in this week’s issue of Science. 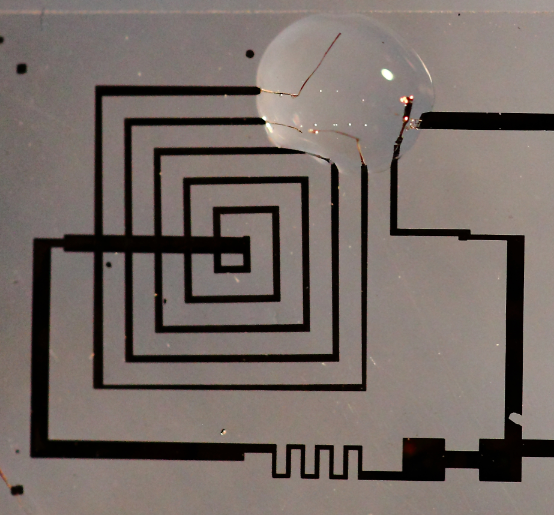 A resorbable electronic circuit is shown in its first phases of dissolution.
DARPA
Military