It was both a high drama rescue and a defining moment for implements of oral hygiene. During a hastily scheduled... 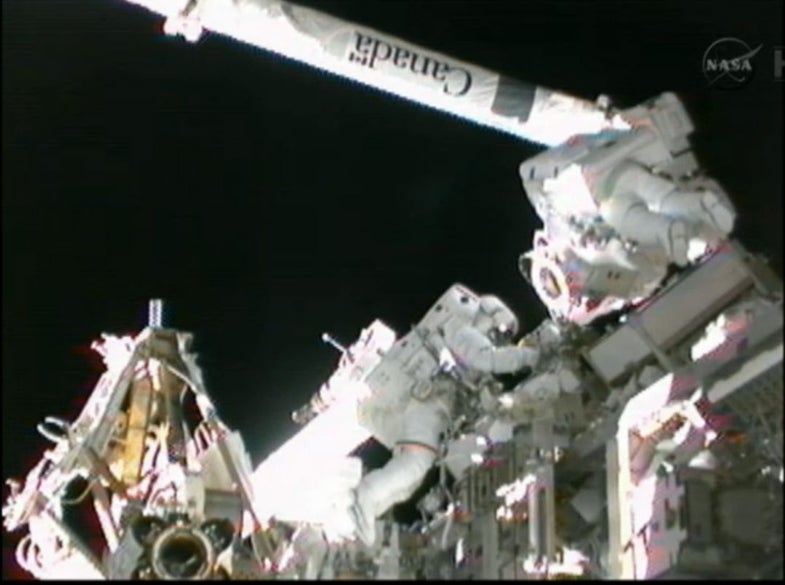 It was both a high drama rescue and a defining moment for implements of oral hygiene. During a hastily scheduled six-and-a-half hour spacewalk yesterday, a NASA astronaut and her Japanese counterpart fixed the broken $150 billion dollar International Space Station. Key to their success: a toothbrush.

So perhaps that’s a bit dramatic, but it’s not untrue. During a grueling eight-hour spacewalk on August 30 (the third-longest in history), the same team–NASA astronaut Sunita Williams and JAXA astronaut Akihiko Hoshide–attempted to replace the ISS’s main bus switching unit (MBSU), a component of the station’s power system. But a stuck bolt kept them from being able to complete the mission. Unable to proceed as planned, they connected the new MBSU and tethered it to the exterior of the station. In other words, they had some duct tape on the problem but still needed to complete the fix.

Engineers on the ground went to work in what reportedly was a scene not unlike the one depicted in the Ron Howard film Apollo 13. Using only implements that can be found aboard the ISS, the team worked around the clock to devise a solution to the problem (though in contrast to the Apollo 13 incident, the astronauts board the ISS were never in any real or immediate danger).

The engineers came up with some new tools for the astronauts to use to get their stubborn bolts unstuck, including a modified toothbrush and some wires that had been bent to create a kind of brush. The tools were able to lubricate and clear debris from the bolt, enabling the astronauts to pry it free and finish the installation of the MBSU.

Stay tuned: We hear next week the Mars Curiosity Rover is going to build itself a new battery with some sponges, its own brake pads, and a few galvanized washers.