Archive Gallery: 9 Phone Innovations That Made The iPhone 5 Possible 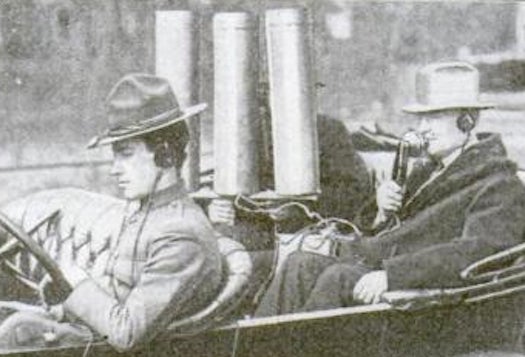 Want to make your own wireless phone? Don't forget to grab your stovepipe! That's what Philadelphian inventor W. W. MacFarlane used in 1919 to make what could be considered the first car phone. The stovepipe, which acted as the antenna, was attached to a mysterious little black box – always black – that held "substitutes for the audion bulbs, tuners, and amplifiers." A combined transmitter and receiver completed the setup. Now, don't worry if you don't happen to have a spare stovepipe handy, according to our article, a rifle is a perfectly suitable substitute. Read the full story in Carry Your Wireless Telephone with You. PopSci archives
SHARE

Remember making your own wireless phone for 25 cents? Remember the stovepipe antenna? Neither do we. But without all the wacky, experimental telephone technologies of the past century, today we might still be fumbling along without touchscreens and voicemail.

In this archive gallery, we pay our respects to the (admittedly goofy) predecessors of the modern smartphone. 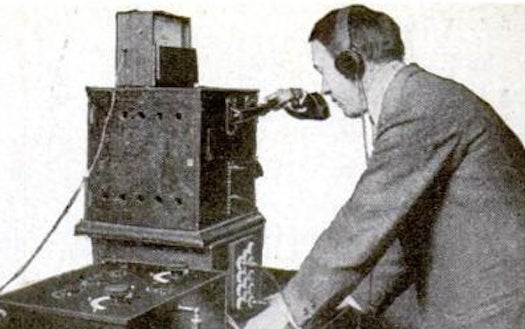 Always fans of the simple project, PopSci offered a 25-cent instructional book that taught the reader how to make their own wireless telephones. What’s more, you could also learn about dampened and undampened oscillations, the peroxide of lead detector, and all manners of fun facts for anyone who wanted “to conduct a line of serious and intelligent experiments with simple and inexpensive equipment.” Read the full story in Become a Wireless “Fan”. 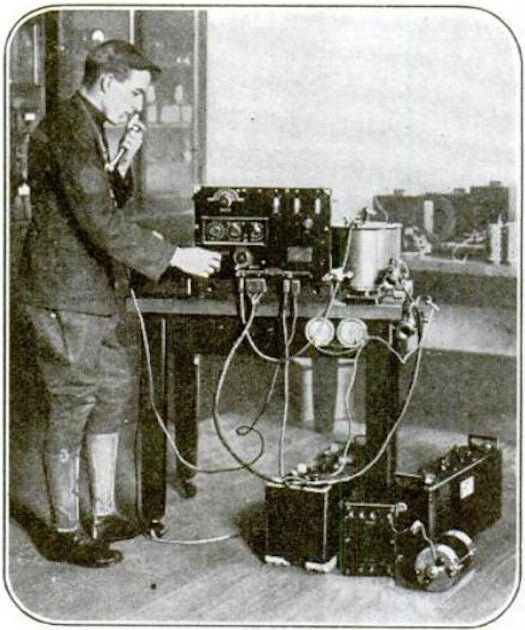 In awe of the radio-telephones that allowed President Wilson to command the maneuvers of a demonstration flight team from the ground in 1918, PopSci dove into the technology behind wireless telephony. We detailed the use of electromagnetic waves, the development of practical headsets that could muffle plane noise, and the challenge of speaking over those 400-horsepower Liberty motors. Beyond the obvious implications this technology had for pilot-to-pilot communication, we were giddy about other prospects. Noting that “the day of the commercial airplane seems dawning,” we were especially eager to see how radio-telephones would be used in the future by plane passengers. Read the full story in Flying a Mile High, He Hears You Speak.

Want to make your own wireless phone? Don’t forget to grab your stovepipe! That’s what Philadelphian inventor W. W. MacFarlane used in 1919 to make what could be considered the first car phone. The stovepipe, which acted as the antenna, was attached to a mysterious little black box – always black – that held “substitutes for the audion bulbs, tuners, and amplifiers.” A combined transmitter and receiver completed the setup. Now, don’t worry if you don’t happen to have a spare stovepipe handy, according to our article, a rifle is a perfectly suitable substitute. Read the full story in Carry Your Wireless Telephone with You. 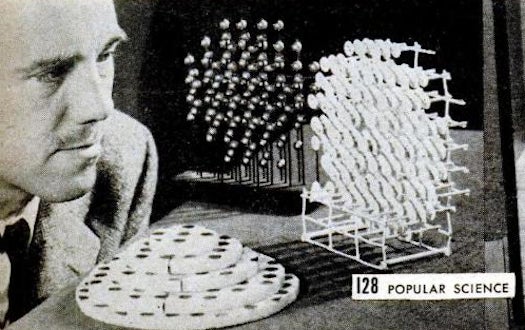 As a possible alternative to cumbersome telephone handsets, Dr. Winston E. Kock, an engineer for Bell Telephone Laboratories, developed the sound lens. The lens had the potential to replace a handset by focusing sound from the receiver right to user. Lenses could be made out of a variety of materials and came in all sorts of wonderful shapes and sizes. Read the full story in Lenses Promise No-Hands Phone. 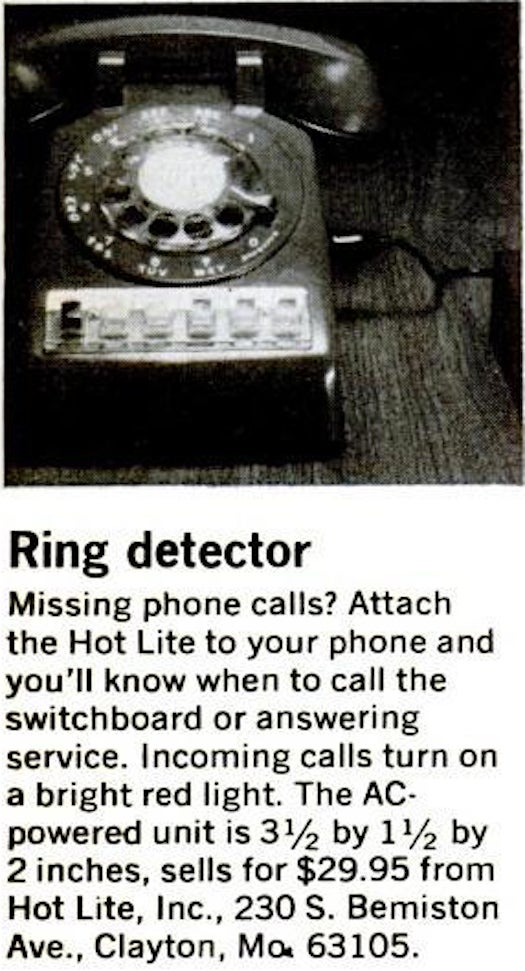 Believe it or not, phones haven’t always told their users when they missed a call. Luckily for us, Hot Lite had an innovative solution, highlighted in our What’s New in Electronics section. Hot Lite was a strip of lights you could connect to your phone via suction cup inductive pickup. It would light up to signal incoming phone calls and calls you missed while you were spending quality time with your lava lamp. Read the full story in Ring Detector. 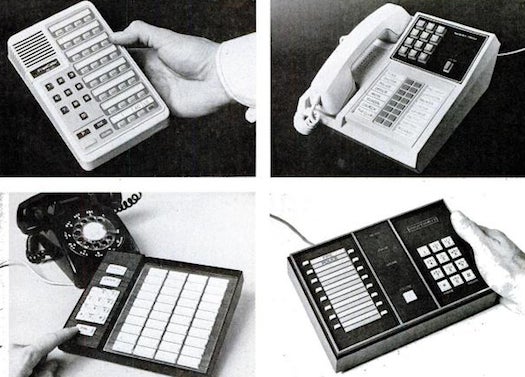 PopSci was so excited about these “clever boxes” that one photo just wasn’t enough. These auto dialers – some with redial – ranged from whole new phones to plug-ins you could add to your current telephone and each cost $80-$200. If the speed dial just wasn’t enough, you could go all out and buy a model that featured call holding and that wonderful hold music we’ve all come to cherish so much. Read the full story in Phone add-ons that ease telephone chores. 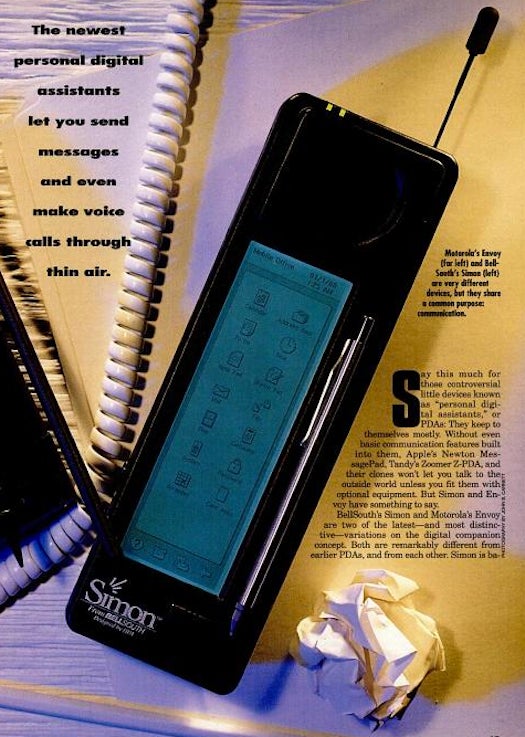 Simon by IBM is considered by most to be the first official smartphone. So ahead of its time, in fact, that the word “smartphone” didn’t even exist when it came on the market. Brick-ish in shape and weighing in at more than a pound, PopSci compared Simon to a mid-1980s model, “the type you’d see slung in a holster or tote bag, not the pocket phones of today.” The difference was that Simon had a touch screen instead of a number pad, allowing users to receive and send emails, write notes, keep a calendar, and even – gasp! – receive pages. Unfortunately Simon was rather unpopular. Some people blame this on its price tag: a hefty $1099. Read the full story in Unwired: The next generation of communications gear. 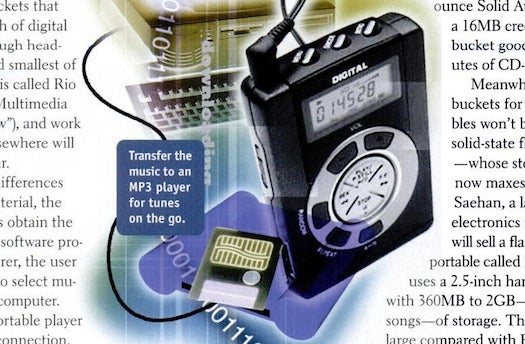 Walkman for the Internet: December 1998

Always on the cutting edge, PopSci predicted the massive effect the portable MP3 player would have on the music industry. In particular, we highlighted the Diamond Rio and Saehan’s MPMan (the first portable MP3 player). The former was noted for it’s ability to run 12 hours on a single alkaline AA and featured pre-programmed equalization settings for various musical genres. The second had a PC Card slot and assurance from the company that it wouldn’t skip like its popular predecessor, the CD player. Read the full story in Walkman for the Internet. 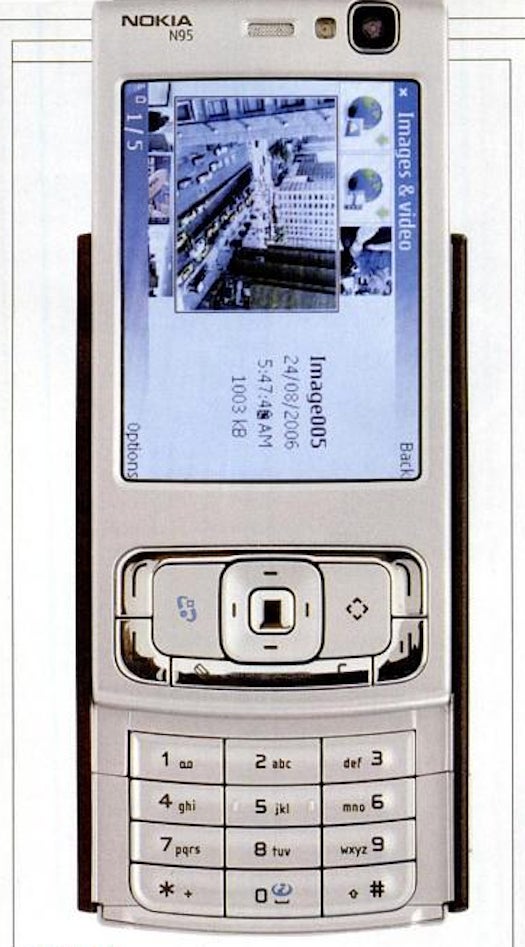 One of our Best of What’s New gadgets, the Nokia N95, was the phone PopSci thought would replace “everything”. It had a 5.0 megapixel camera, a media player that supported Napster files, GPS-enabled map, and high-speed Internet. Sure, that was only 10 megabits per second but, at the time, that was equal to home broadband speeds. It’s no iPhone 5, but versions of the Nokia N95 still sell for hundreds of dollars to this day. Read the full story in The phone that could replace…well, everything.
Phones
Popsci Archive