Photo of the Day: NASA Tests Gigantic Parachutes for the Next Manned Space Capsule

Even the space shuttle, which glided through the atmosphere and landed like an airplane, had parachutes to help slow it... 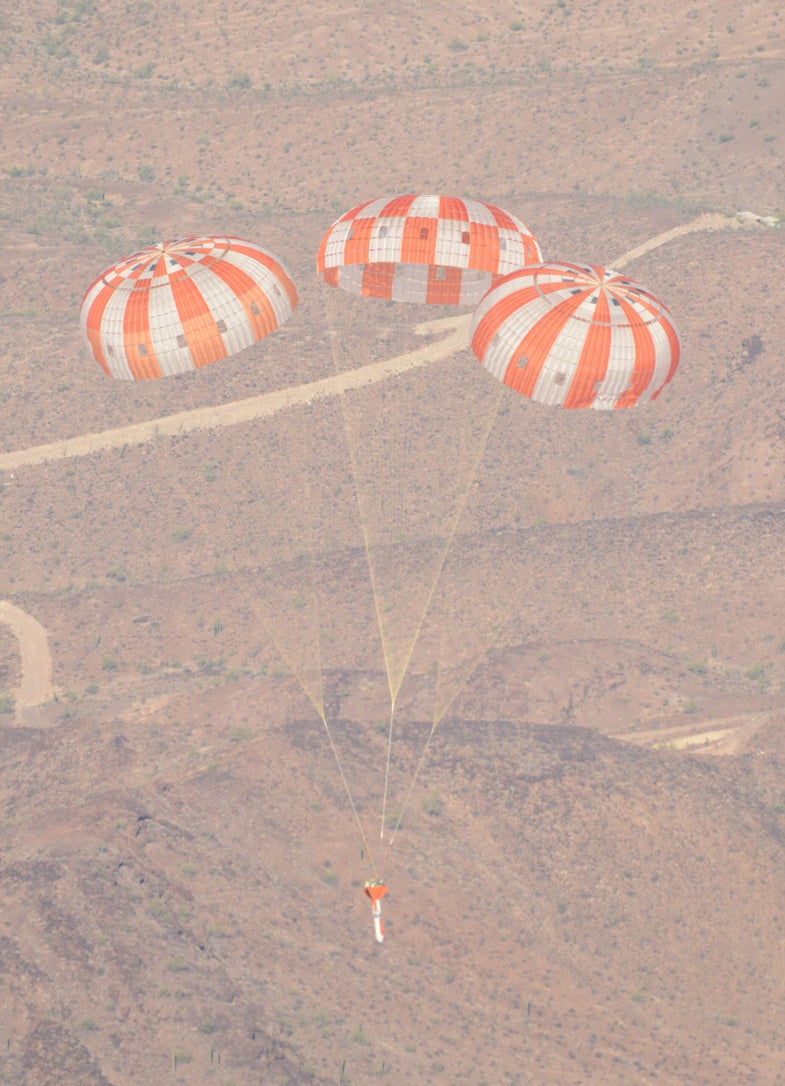 A dart-shaped test vehicle that is used to simulate Orion's parachute compartment descends above the skies of the U.S. Yuma Army Proving Ground in Arizona. NASA
SHARE

Even the space shuttle, which glided through the atmosphere and landed like an airplane, had parachutes to help slow it down — they’re the most effective drag-inducers out there. But you’d better be sure they work. NASA is testing the giant heavyweight parachutes being developed for the next space capsule that will ferry humans into orbit, Orion.

Flying at 25,000 feet above the U.S. Yuma Army Proving Ground Tuesday, a C-130 Hercules dropped the little dart thing you see at the bottom, which simulates Orion’s parachute compartment. At 20,000 feet, the drogue chutes deployed, followed by small pilot chutes that ultimately deployed the three huge parachutes seen here. Each of the main chutes is 116 feet in diameter and weighs more than 300 pounds, according to NASA.

The test proved these chutes can withstand the fastest possible speeds at which Orion capsules will scream into the atmosphere on re-entry. The Apollo-esque capsule won’t have any other means of slowing down — no sky crane or delta wings to create an upward force.

The beleaguered Orion program is scheduled to launch its first test flight in two years, in which an unmanned Orion capsule will travel 3,600 miles into space. That’s about 15 times farther away from Earth than the orbit of the International Space Station (and that of the shuttles), but still a far cry from the moon, an asteroid or Mars, where you would also need a very large and powerful high-speed parachute. Still, at least this is a sign it will come down safely. 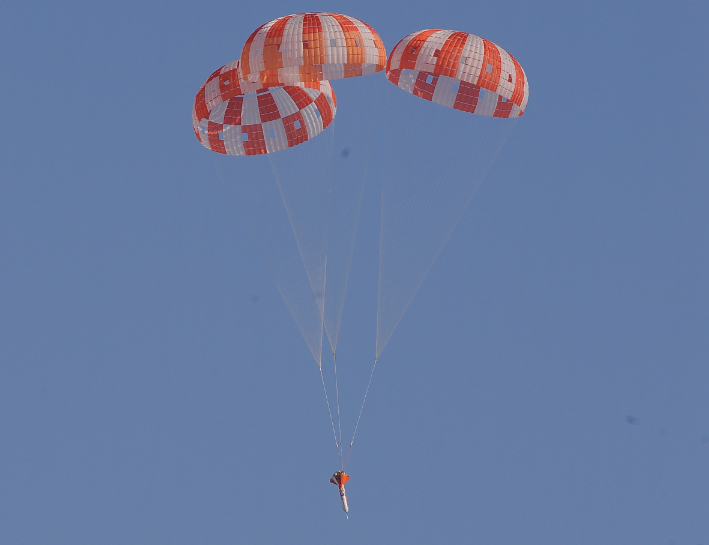