Massive blood loss, known as MBL in the medical world, is a major cause of death during cardiac surgery–and an... 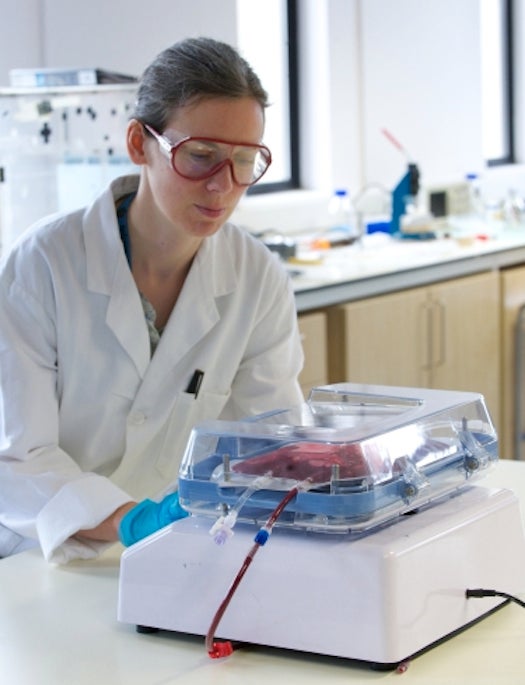 Massive blood loss, known as MBL in the medical world, is a major cause of death during cardiac surgery–and an accepted one, because it’s the best option we have. Blood transfusions help, but those aren’t without complications, either. A new device could cut that step out of the process for some patients by collecting the blood from a surgery, concentrating the blood cells, and routing it intravenously right back to the person on the table.

The device, called HemoSep, has just been approved for use in Canada and Europe following clinical trials in more than 100 open-heart surgeries. When used, it reduced how often a transfusion was needed post-surgery. During the process, blood is sucked from the surgical site or from another machine used in the surgery. A blood bag in the HemoSep uses a chemical sponge and mechanical agitator to concentrate the spilled blood.

After that, the concentrated cells are sent back intravenously. That could significantly lower the amount of blood needed from a donor (if any would even be needed after that) and a bad reaction to the transfusion would be unlikely–it’s the patient’s own blood, after all. It’s also simpler: a one step process that happens during surgery, rather than requiring trained professionals to draw blood from another person, process it through a centrifuge, and send it back to the patient.

The creators of the blood salvaging tech, from the University of Strathclyde, Glasgow, are looking to launch the device for commercial medical use in September.