India Will Launch Probe to Mars Next Year

While we in the U.S. wait with bated breath for Mars Rover Curiosity‘s August 5 landing on the red planet,... 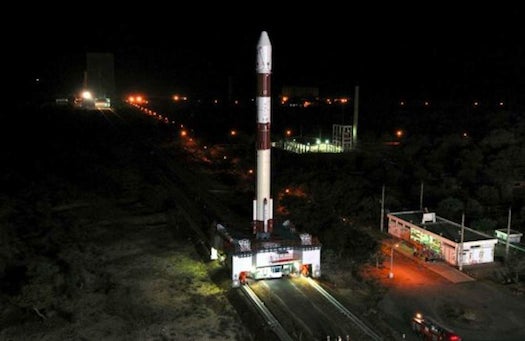 While we in the U.S. wait with bated breath for Mars Rover Curiosity‘s August 5 landing on the red planet, India’s space program, the Indian Space Research Organisation, has confirmed that it plans to send an orbiter to Mars in 2013. It’s one small step in a program that’s been making giant leaps in recent years, including multiple satellite launch missions.

The total price tag for the project could wind up between $70 and $90 million, a source told AFP, which would go toward a 320-ton rocket carrying the orbiter. Once in place, it would study the planet’s climate and geology. That would already be a pretty big success for the program, but the ISRO is trying to go even further, planning to launch a fully manned mission by 2016.

India’s space program has been in place since the ’60s, but it’s in more recent years that its gained notoriety. In 2009, the country successfully launched seven satellites on a single rocket and it has been providing a cost efficient means of transporting satellites into space, but it was the Chandrayaan-1 lunar probe that brought the program global attention. Officials took criticism for spending on the space program, which intensified when the ISRO lunar probe lost radio contact with the probe after ten months. But Chandrayaan-1 was deemed a major success when it discovered water and a protective magnetic field on the moon.

Of course, a mission to Mars is a whole new beast, and they’ll be up against a lot of rough history when it launches.