3-D printing has yielded items both fascinating and potentially troubling. Now we can add one more to the list of... 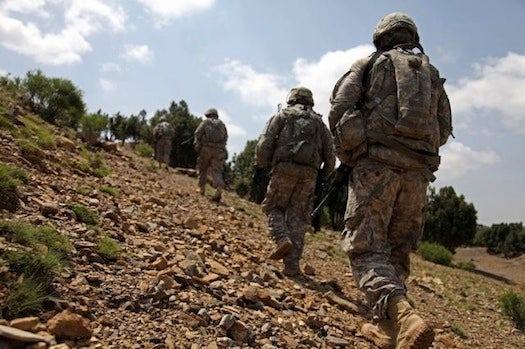 3-D printing has yielded items both fascinating and potentially troubling. Now we can add one more to the list of printed achievements: The U.S. Army has had a rapid prototyping wing for some time, and now they’ve deployed full teams–complete with scientists and 3-D printers–to Afghanistan.

The Rapid Equipping Force, as the wing is known, will be there to print one-off tools from a 20-foot shipping container stuffed to the gills with tech. The “Expeditionary Lab–Mobile,” as it’s awkwardly named, could significantly cut the amount of time needed to produce equipment, which might otherwise have to go through an approval process before the gear gets sent. The printer can make plastic parts while a CNC system, in this case a Haas OM-2, can create parts out of steel and aluminum.

That kind of speed isn’t cheap: each lab costs about $2.8 million. That includes the 3-D printing devices, as well as a full stock of relatively traditional tools like saws and welders. Two engineers stay in each lab, are replaced every four months, and stay linked up electronically with other engineers.

Past their use in Afghanistan, officials told Military.com, the containers could find use in domestic operations, such as natural disasters.