The Zero-Energy Frontier: Racing to Find the Higgs Boson 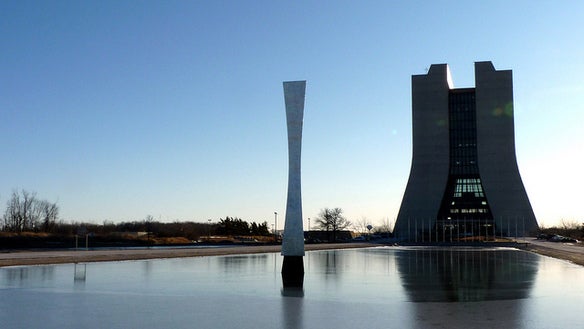 PopSci is pleased to present videos created by Motherboard, Vice Media’s guide to future culture. Motherboard’s original videos that run the gamut from in-depth, investigative reports to profiles of the offbeat forward-thinking characters who are sculpting our bizarre present.

The hunt for the Higgs boson, that most elusive particle of physics, the one that gives things mass, came closer to an end on July 4. Experiments at Europe’s Large Hadron Collider, the world’s largest particle accelerator, revealed evidence of the particle and its energy field. But the LHC didn’t do it alone. The search has been a massive, costly and unprecedented international effort that began thousands of miles away, at another atom smasher beneath the Illinois prairie.

When the Tevatron opened in 1983 at Fermi National Laboratory, outside Chicago, it was the world’s most powerful particle accelerator, designed to smash protons and antiprotons together in order to see what makes up the universe. After its discovery in 1995 of the top quark, the most massive subatomic particle, the Tevatron was the toast of particle physics, and made Fermilab the center of the global high energy physics community. From there, it would begin the search for the Higgs. It was a search that might have continued in Texas, at the Superconducting Supercollider, a massive successor machine, if that project hadn’t been cancelled in 1993. When the LHC came online in Switzerland in 2009, scientists at the Tevatron’s two experiments, CDF and DZero, would join physicists at their European counterpart in the meticulous hunt. At times, it seemed that America’s biggest science experiment might even beat the LHC to the punch.