Here’s a true story: a few years ago, given an Xbox 360 for testing purposes, I went to the Gamestop... 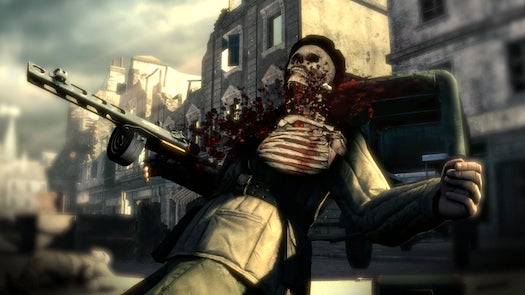 Here’s a true story: a few years ago, given an Xbox 360 for testing purposes, I went to the Gamestop to get a new game. I like games, but I don’t like games with guns or sports, because I don’t particularly like guns or sports in real life, either. The guy at the Gamestop was absolutely flummoxed by my request for an Xbox game with neither. He ended up recommending the game version of the movie G-Force, which is a movie for children featuring talking CGI guinea pigs.

Violence in games is widespread, largely because violence triggers certain pleasure points in our brains. But what if we could study the brain to figure out exactly where and why–and what else could produce the same reaction?

Gaming pub Edge has a nice feature up about the effect of violence in games on our brains–in a good way. A crop of advocates are trying to use MRI machines to map brains more accurately, since MRIs are able to detect precise activity in certain areas of the brain. If we can figure out what kind of stimulus can trigger dopamine release in the brain that doesn’t include shooting people, could we get gamers off of the violence kick?

Of course, there are some issues. MRI machines are both insanely expensive–like, millions of dollars–and sort of primitive, in that they don’t provide the level of detail some game developers say they need to properly adjust their projects. Plus, there’s the business and artistic problems of marketing and creation–it’s not like game creators now aren’t trying to get people to enjoy their games, after all. But it’s an interesting look at how neuroscience might impact popular culture, behind the scenes.