Like an athlete performing his final pre-Olympic drills, the Mars rover Curiosity is flexing its landing systems, preparing for its... 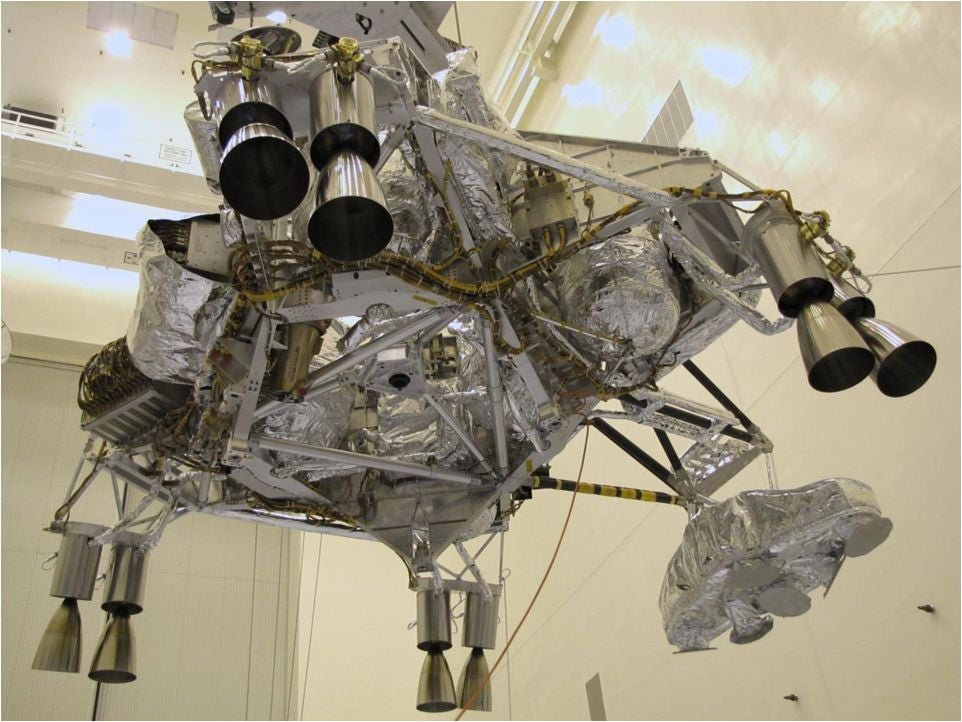 Curiosity will touch down on Mars using a complex "sky crane" descent stage, unlike other planetary explorers that have bounced around with parachutes and balloons. You can see an animation of it here. NASA/JPL-Caltech
SHARE

Like an athlete performing his final pre-Olympic drills, the Mars rover Curiosity is flexing its landing systems, preparing for its nail-biting landing on Mars in just two and a half weeks. Today, the IMUs are being configured.

The inertial measurement units are in Curiosity’s descent stage, and they’ll be used to maneuver the spacecraft during its guided entry. These electronic devices will measure the rover’s velocity, orientation and G forces. Today NASA engineers are ensuring they are set up properly, along with other guidance and control systems for the mission’s landing.

The Mars Science Laboratory’s descent stage is one of its most complicated components — during a phase NASA has dubbed “seven minutes of terror,” the spacecraft will pilot itself into the Martian atmosphere, slowing with the force of drag and an enormous supersonic parachute. Then it will fire retro-rockets to decelerate close to the surface, before lowering the rover on a bridle until its wheels touch the ground.

The descent stage also provides two communication bands to Earth so managers will know what is happening as it lands. The light-time delay between the two planets is too long to guide it directly, so the rover will be acting on its own.

Stay tuned for our complete coverage! And in the meantime, go here to learn more about Curiosity’s mission.