NASA will lose the signal from its brand-new Mars rover one minute before it touches down on the Red Planet... 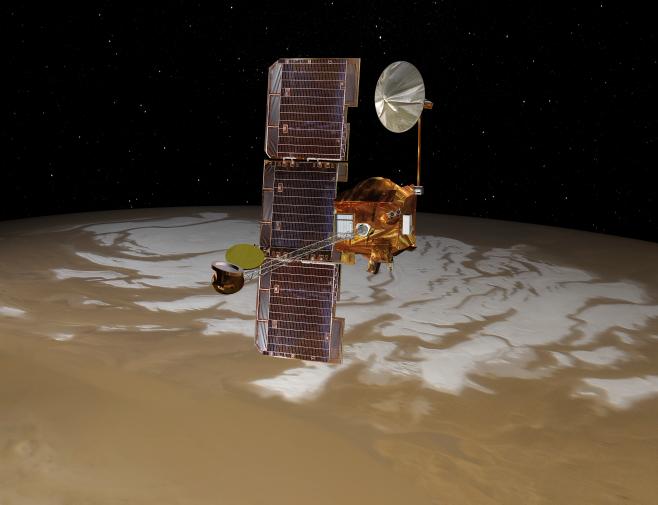 NASA will lose the signal from its brand-new Mars rover one minute before it touches down on the Red Planet in three weeks, project managers say. This won’t affect the rover’s autonomous airdrop descent, but it could make for some harrowing moments as engineers wait for the long-distance beep signifying Curiosity is safely home.

The aging Mars Odyssey orbiter is one of three spacecraft NASA plans to use to track the Mars Science Laboratory’s nail-biting descent and landing. But last week, normal adjustments to its orbit took an unusually high toll on its attitude control systems. The spacecraft moved slightly in its orbit and briefly put itself into safe mode.

“Odyssey looks like it may not be in the same place we expected it to be,” Doug McCuistion, director of the Mars Exploration Program at NASA headquarters, said in a news conference Monday.

That means it won’t be able to see Curiosity’s entire landing, as initially planned. It may not see any of it, actually — engineers are still trying to determine what happened and figure out Odyssey’s new orbital geometry.

The Deep Space Network on Earth will receive signals, but the rover landing site at Gale Crater is not visible from Earth at the time of landing because of the planets’ motion. The Mars Reconnaissance Orbiter and the European Space Agency’s Mars Express orbiter will also be listening for Curiosity’s communications, but their own paths mean those orbiters both lose coverage of the landing area one to two minutes before touchdown, McCuistion said. Odyssey flies over the landing site two hours later, so by then, NASA will get detailed telemetry from the rover and verify that it landed safely.

If NASA can tweak Odyssey’s orbit slightly, it may cover the whole landing after all, but that’s still uncertain as of Monday.

The speed of light delay between Earth and Mars makes it impossible to control the rover in real time, so the rover will handle all its complicated landing tasks autonomously. The delay also means engineers have to wait about 13 minutes for a safe landing signal from Mars to reach Earth. It should make for some tense moments at mission control — especially if Odyssey can’t hear it and the wait is even longer.

Stay tuned for our coverage of Curiosity’s landing, which is scheduled for 10:31 p.m. Aug. 5 at the Jet Propulsion Laboratory in Pasadena, Calif., and 1:31 a.m. Aug 6 on the East Coast. And in the meantime, you can learn more about Curiosity’s mission here.