A week before its scheduled landing, the spacecraft carrying the Mars rover Curiosity is just about done arranging itself in... 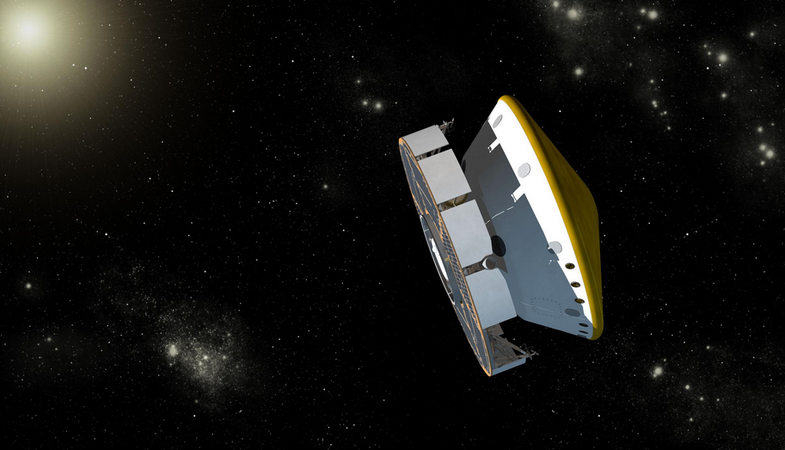 A week before its scheduled landing, the spacecraft carrying the Mars rover Curiosity is just about done arranging itself in space. There’s time for two more trajectory correction maneuvers, but the one the Mars Science Laboratory pulled off over the weekend should be the last nudge the spacecraft needs before entering the Martian atmosphere.

Curiosity is aiming for a landing on Mars next Sunday, Aug. 5, at 10:31 p.m. Pacific time (home of Mission Control) — that’s 1:31 a.m. Monday on the East Coast. Saturday night, it fired its thrusters for about six seconds to alter the spacecraft’s flight path for its atmospheric entry. As of today, it’s traveled about 343 million of its 352 million-mile journey.

The spacecraft is designed to handle its own entry, descent and landing, so it can punch into Mars’ atmosphere a few miles away from its targeted landing site in Gale Crater. While its 15-foot heat shield protects the spacecraft and helps slow it down, it can automatically steer itself to correct for missing the target entry. But it would have been about 13 miles off, a little too far for comfort, which prompted NASA to make the trajectory change over the weekend. The adjustment changed MSL’s velocity by one centimeter per second, according to NASA.

Follow us on Twitter for the latest MSL updates, and stay tuned for live coverage of the landing from the Jet Propulsion Laboratory, just a few days from now.