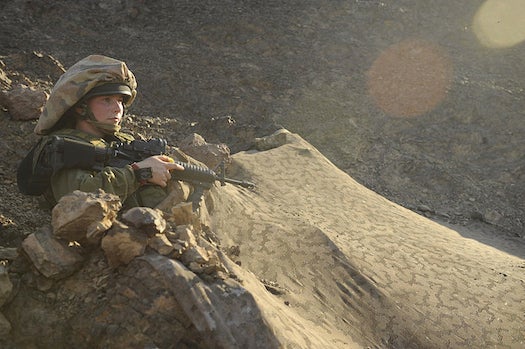 The majority of engineers are men. The majority of U.S. Army soldiers are also men. So when a new piece of equipment is being designed–equipment that could change the outcome of a life or death situation–it’s made with men in mind. Then, if women need it, they might just have to shoehorn themselves into the male variety, as is currently the case with body armor. But the Army recently announced it’ll try to change that by testing new body armor built for women.

The 14 percent of the Army made up of women will continue using the current vest, called the Improved Outer Tactical Vest, but it’s ill-fitting, built for broader shoulders, larger torsos, and taller people. Arm movement is restricted while it’s on and sitting can even cut off blood flow from the legs. By studying its use overseas, the Army identified these problems, but it still seems like a production-ready vest is a long way off: testing begins next summer, when 100 prototype vests will be sent out.